WASHINGTON – With some stores starting to reopen as governors lift stay-at-home orders across the country, economic recovery from the coronavirus pandemic is likely to come gradually and may vary by location.

That’s according to National Retail Federation Chief Economist Jack Kleinhenz. His remarks came in the May issue of NRF’s Monthly Economic Review, which said the pandemic has “wreaked havoc on the U.S. and global economies” and that it could “take several months to assess the full consequences and project a path forward.” 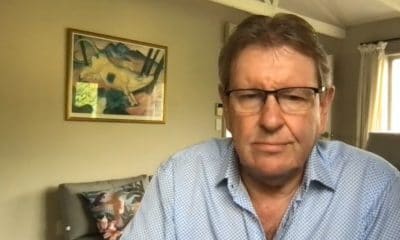 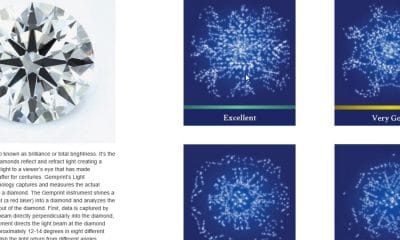 “Getting back to work or shopping in a pre-virus manner is difficult to predict at this time, with households likely to tiptoe back in rather than making an immediate return to the lives they experienced before,” Kleinhenz said. “As states begin to slowly reopen and assuming the coronavirus does not come back, the economy should begin a process of gradual recovery. My overall impression is that the recovery will have fits and starts among states, regions and cities depending on the severity of the pandemic in their localities.”

After seeing growth an at annualized rate of 2.1 percent at the end of 2019, U.S. gross domestic product shrank 4.8 percent in the first quarter of this year, ending a record 10-year period of economic expansion. That was the largest drop since 8.4 percent in the fourth quarter of 2008 during the Great Recession.

Considering that the economy was buoyant up through the middle of March, the first-quarter decline “is likely just a murmur of how severely the pandemic has devastated many parts of the U.S. economy,” Kleinhenz wrote. “A much deeper contraction is expected during the second quarter.”

Retail sales saw their worst month-over-month drop on record in March, falling 8.7 percent from February. And consumer spending fell an annualized 7.6 percent during the first quarter, the largest drop since the second quarter of 1980. Despite those declines, the pandemic has hit the retail industry unevenly. Temporarily closed stores are bearing the brunt of the impact while stores that remain open have had customers lined up out the door to stock up on essential goods.

Consumer confidence has also taken a hit. The Conference Board’s Consumer Confidence Index was at 86.9 in April, its lowest level since June 2014, and consumers’ view of current conditions saw a record 90-point monthly drop to 76.4. But consumers’ expectations for conditions six months in the future were more optimistic, rising seven points to 93.8.

“The gap between opinions on current and future conditions indicates that consumers expect a V-shaped recovery as the economy reopens,” Kleinhenz said. “The survey also shows that few believe the economy is in as dire a financial condition as experienced during the Great Recession.”

“In the end, shopping is more than a transaction. It is a social activity that is part of the fabric of American life, making it likely that consumers will want to return to normal shopping habits once the pandemic subsides and the economy fully reopens,” Kleinhenz said.

Luxury Goods Market to Contract Up to 35% This Year, Bain Predicts

How to Drum Up Father’s Day Business, Advice on Employee Dress Codes, and More of Your Questions Answered

A Client Shows Up to Pick Up Her Repaired Jewelry, But a Masked Man Has Already Paid and Left With It