WHEN KEN STEIN, owner of Bensons Jewelers in Washington, DC, got a call in November from a customer asking if he carried silverware, of course he automatically said no, followed by, “Gosh! Who does anymore?”

But the caller, George Jones, said he hoped to redeem a 1969 gift certificate for three silver pieces that he and his wife, Cathy, had received for their wedding and lost track of. The Maryland couple, who were preparing to celebrate their 50th anniversary, found the certificate in a wedding album and decided to see if it might be possible to redeem it.

The certificate was for “one teaspoon, one place knife and one place fork in ‘Rose’ by Stieff.”

The couple discovered that the factory that made the flatware had closed in 2007, so they decided to check to see if the jewelry store was still there. When they found out it was, they were further intrigued, as was Stein.

“Well, my business brain ran with that,” says Stein, who promised “100 percent” to honor it and found the three pieces online for $150.

He decided it was a story worth promoting and media attention quickly led to widespread accolades.

“It has been remarkable the amount of calls I have received,” Stein says. “They are so heartfelt and literally made me choke up at times. Calls from New York, California, Connecticut and elsewhere. I had a call from a little old lady in California who told me I restored her faith in humanity. She literally tugged at my heart a little bit.”

Stein says that while he knew it would make a great story, he also felt like it was the right thing to do. “One customer came in just to shake my hand,” he says.

One of the emails he received read, “I must commend your company for honoring a 50 year-old gift certificate. I’m sure the value of those three pieces of silver has increased over the last 50 years. That was very kind of you. If I need any jewelry, I will gladly drive the distance to shop at your store. God Bless You!”

One call, though, from someone else wanting to buy silver from him left him shaking his head. “I literally said, are you kidding?! Go buy it yourself!”

Stein’s father, Paul Stein, bought the business in the ‘50s and worked through the ‘90s. Ken Stein joined the business in 1979. “I’m trying to remember, did they have any silver left? I truly don’t remember that. I would imagine in the early ‘70s, it just faded out.”

The Joneses told the NBC affiliate in Washington that they plan to put the silver and the old gift certificate on display in their house, so they, too, can share the remarkable story. 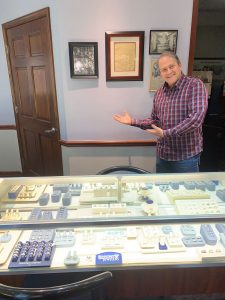 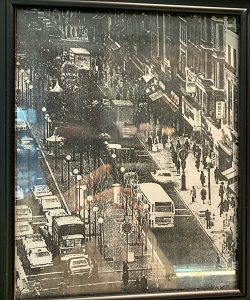 Here’s What the CARES Act Can Do For Your Business

Video: To Build Your Jewelry Business, You Have to ‘Stop the Stupid,’ Says Jim Ackerman

10 Watches So Ugly They Could Haunt Your Dreams