A crash amid severe winter weather led to the closure of Northbound Interstate 75 in Richmond, KY, on Tuesday. The weather has caused problems for retailers in many states. Source: Instagram/richmondkypolice

Winter weather is taking a toll on retailers, including jewelers, in many parts of the U.S. as millions of homes and businesses remain without power.

“We are in the Texas panhandle and have been closed for two days,” said Becky Webb Hardin of Robert Lance Jewelers in Lubbock, TX. “We have tons of ice and rolling blackouts to keep energy going. … We don’t know what to do in this kind of weather, I have never seen it this bad here.” 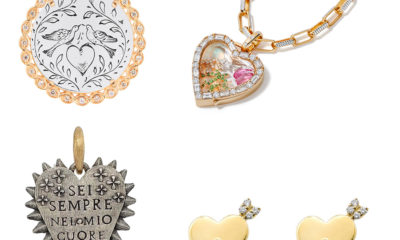 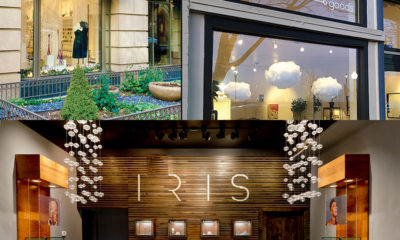 Don Moses said Green Bros. Jewelers in Victoria, TX, where he is a salesman, is currently closed.

And Westover Jewelers in Lynchburg, VA, told INSTORE: “We’re in central Virginia, so we’ve had a couple of days that we closed. This Thursday is supposed to be pretty icy here, but not like they’re seeing down south right now. We order a lot from Stuller and Quality Gold, so we’re seeing some delays in shipping, but our customers understand that.”

But so far, the weather hasn’t slowed things down much at Rosanne’s Diamonds & Gold in South Bend, IN. Owner Rosanne Kroen reported Tuesday: “Eight inches overnight, opened one hour late, busy since then! (And yes, we had an older gent try to follow us in. Needed a battery!)”

Winter Storm Uri has devastated much of the South and parts of the Midwest and is expected to bring heavy snow and ice to the Northeast Tuesday night, CNN reports. Many regions have reported record low temperatures, and Weather.com reports that at least 17 deaths have been tied to the storm.

And more problems are likely on the way. The National Weather Service stated: “Another bout of significant winter weather is slated for Tuesday through Thursday across portions of the South, Lower to Mid Mississippi Valley, and Lower Ohio Valley.”

The U.S. retail sector could see a February slowdown as a result of the winter storms and other factors, including the end of the stimulus spending, MarketWatch reports. Both in-store spending and e-commerce delivery schedules are being negatively affected. Wells Fargo analysts stated: “We’d also note that late-February is normally when retailers begin flowing in receipts of Spring merchandise to stores, so cold/snowy weather may mean a delayed start to Spring demand.”

More than 450 Walmart stores and Sam’s Club locations in Texas and other states were temporarily closed due to the weather as of midday Tuesday, CNBC reported.

How One Jeweler “Scooted” Into Customers’ Minds

Humor: One Jeweler’s Great Service is Another’s … Waste of Time