GENEVA – Sotheby’s will present the Patek Philippe Yellow-Gold Calibre 89, which it bills as “the most complicated watch ever created,” for auction at the Important Watches sale in Geneva on May 14.

It’s estimated value is $6.4 million to $9.9 million, according to Sotheby’s.

The auction house states: “After research began in 1980, nearly a decade of craftsmanship and refinement made the Calibre 89 the most complicated watch ever created when Patek Philippe unveiled it in 1989 to mark their 150th anniversary.”

“This is undoubtedly one of the most extraordinary timepieces we’ve ever had the privilege to offer,” said Daryn Schnipper, Sotheby’s chairman of the International Watch Division.

The Calibre 89 has 33 complications, nine more than Patek Philippe’s Henry Graves Supercomplication, which sold at Sotheby’s in 2014 for a record $24 million.

The Calibre 89 has 1,728 parts. In addition to the complex calendar functions, including a tourbillon escapement and an astronomical sun hand, it features a unique calendar which displays the date of Easter every year. 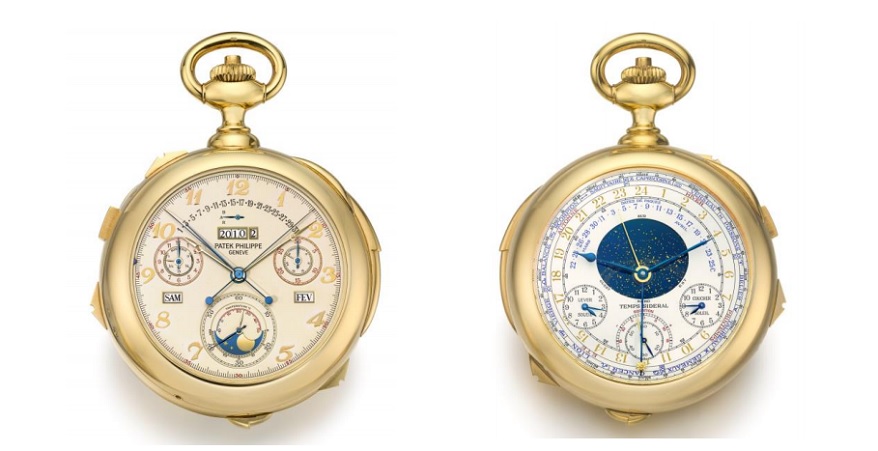 Advertisement
Related Topics: auctionPatek PhilippeSotheby'swatches
click to Comment(Comment)
Up Next

Woman Who Held Door for Robbers Is Headed to Prison