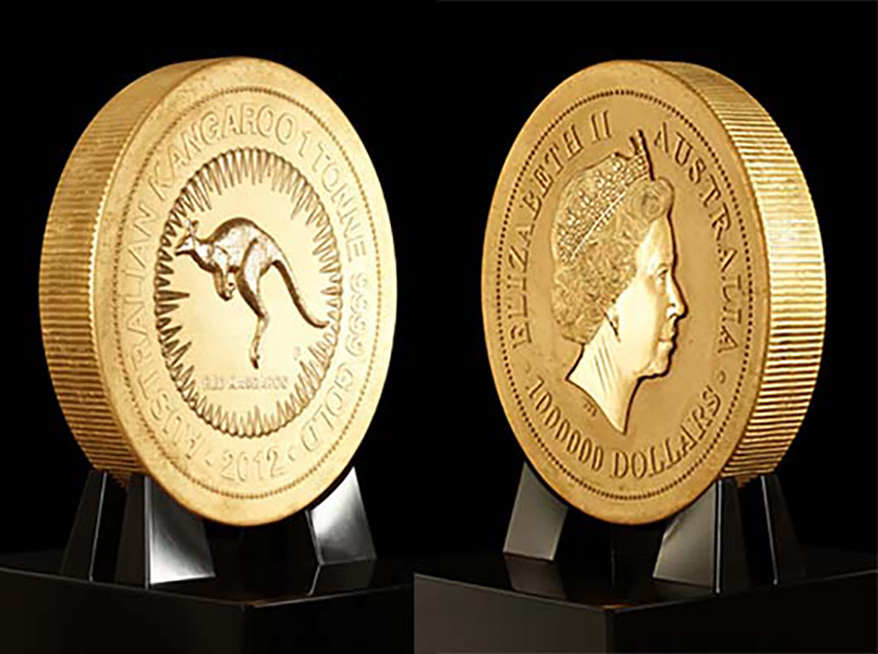 THE WORLD’S BIGGEST, heaviest and most valuable coin will make its U.S. debut at the New York Stock Exchange (NYSE) next Tuesday, July 16.

For only 12 hours — 7 a.m. to 7 p.m. — the “1 Tonne Australian Kangaroo” gold coin will be on public display in Experience Square, just outside the NYSE on Broad Street.

The reverse design depicts a bounding red kangaroo surrounded by stylized rays of sunlight. The coin is bordered by the inscription AUSTRALIAN KANGAROO 1 TONNE 9999 GOLD and the year 2012.

The obverse of the coin portrays the Ian Rank-Broadley effigy of Her Majesty Queen Elizabeth II, accompanied by the inscriptions ELIZABETH II, AUSTRALIA and the monetary denomination of 1 MILLION DOLLARS.

The enormous gold coin has rarely left its permanent display at The Perth Mint’s Gold Exhibition in the Land Down Under. It did embark on a promotional tour across Asia and Europe in 2014, and now it is traveling halfway around the world for the one-day New York exhibition.

The Australian coin is 10 times heavier than the previous record-holder, a 100 kg (220 pound) coin designed by the Royal Canadian Mint. 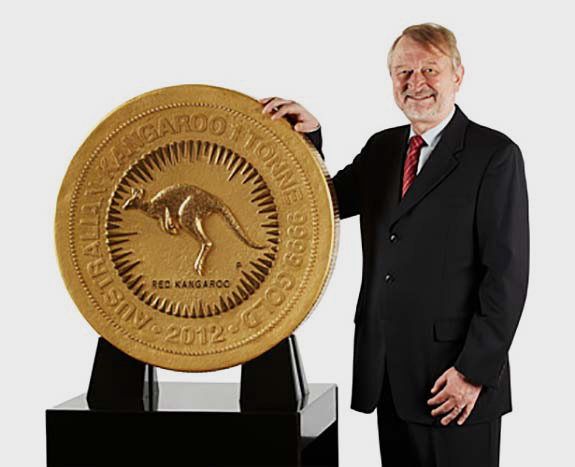 The Australian coin is 10 times heavier than the previous record-holder. CREDITS: IMAGES COURTESY OF THE PERTH MINT.

From Gem-Printed Face Masks To An LED UV Sanitizer, This Gear Is For Jewelry Pros

Jewelry Wholesalers Robbed of $500,000 in Goods

74 US Jewelry Retailers Closed in the 2nd Quarter