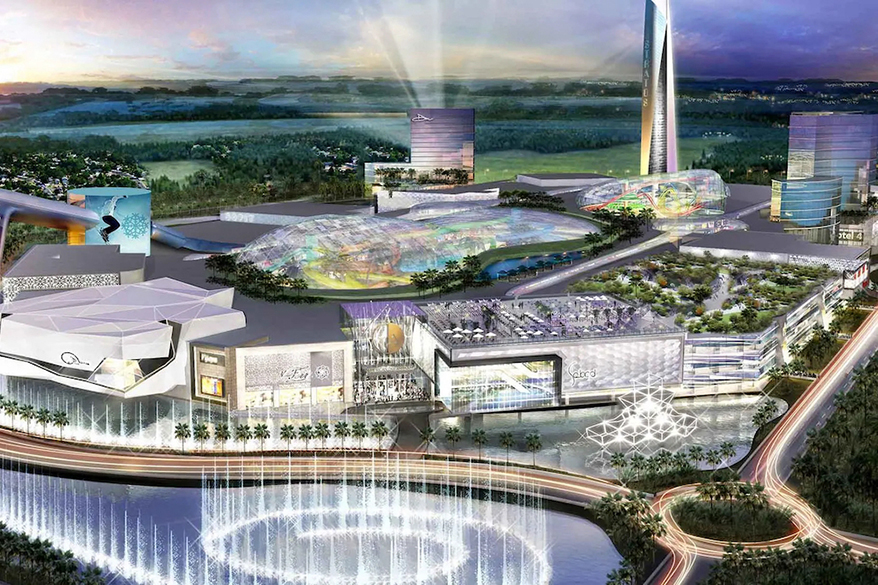 The planned American Dream mall in Miami has been moving at a snail’s pace, but the developer seems to have settled on a design vision.

At that time, Triple Five Group was reevaluating the original design to include more outdoor spaces, but those notions began to fade as the pandemic did.

“We were considering more open-air areas and fewer areas under the roof,” Miguel Diaz de la Portilla, the developer’s land-use attorney, told the outlet. “But since that time, we’re closer back to the original concept of an enclosed model. We still have open-air areas, but we have a significant amount of it under the roof.”

About 65% of the mall will be dedicated to entertainment uses, including an indoor ski park, ice-skating rink, indoor water park, aquarium, a theater complex and an arts center for live performances. Retailers, restaurants and three hotels are also planned.

Originally expected to open in 2020, the project still doesn’t have a groundbreaking date. “The project is tied to the turnpike interchange and roadway improvements,” said Diaz de la Portilla, referencing the widening of Florida’s Turnpike Extension.

The cost to build American Dream Miami will be higher than the original $4.5 to $5 billion estimate, the article adds. When it’s finished, it’ll be North America’s largest mall.

Triple Five Group is the developer behind the Mall of America and American Dream Meadowlands. The latter of those lost $60 million last year.

Related Topics: American Dream mallretail
click to Comment(Comment)
Up Next

De Beers CEO to Step Down

Readers Sound Off about Expectations for 2022