NEW YORK — Cindy Edelstein, entrepreneur, author, editor and long-time consultant to the jewelry industry, died suddenly on Sunday, January 24. She was 51. The cause was heart failure.

Cindy began her career in the jewelry industry as an editor at JCK magazine where she was the fashion editor. This brought her in contact with jewelry designers and their work, and she soon came to realize that working with them would be her life’s work. In 1991, wanting to support the growth of jewelry design, she founded the Jeweler’s Resource Bureau with her husband, Frank Stankus, with the idea of highlighting the designers and their work in multiple ways.

Over the years she worked in many roles to that end, including that of trade show consultant for the JCK show, the Couture show and the AGTA show as well creating her own designer-centric show, globalDESIGN. She also was a prolific writer about jewelry design and her byline could be found in every jewelry trade publication as well as in industry online columns. With her husband, she co-wrote a book titled Brilliance: Masterpieces from the American Jewelry Design Council. It sold out of its first printing.

Her efforts to help designers of every level of achievement brought her some well-deserved recognition. She was awarded the prestigious Benne Award by the American Jewelry Design Council in 1995, and was the 1996 winner of the Contemporary Design Group’s award as Best Designer Advocate. She was a long-serving member of the board of the Women’s Jewelry Association, an international group to which she devoted many years of volunteer work. In 1990, she received that organization’s Award for Editorial Excellence, and in 2001 she was recognized again by the same group for her Excellence in Marketing.

Cindy Edelstein was born in Brooklyn and attended schools on Staten Island. She attended college at the Fashion Institute of Technology and Hofstra University, from which she graduated with a bachelors degree.

She is survived by her husband Frank, a daughter, Remy Sasha Stankus, a stepson, Byron David Stankus, a brother, Philip Edelstein, as well numerous cousins, nieces, nephews and other family members whom she loved so dearly.

Services are being arranged and will be announced as soon as possible.

Finalists to be flown to Canada to see the real impact of natural diamonds.

The winning couple of this year’s contest, Nicole and Isaiah, hail from North Carolina and were engaged during a trip to Ireland. “I love simple and natural… surrounded by the natural beauty of Ireland, the natural beauty of the diamond and my beautiful fiancé, our proposal story is one I will never get tired of telling” says Nicole.

Nicole and Isaiah will experience the natural beauty of the Northwest Territories of Canada, the third largest producer of natural diamonds. There they will see firsthand the impact natural, mined diamonds have had on the country and to share their experiences through social media.

Videos were judged by digital media influencers @thediamondsgirl, @weddingdiary and @roamaroo with combined followers numbering over 2,000,000.

D.E.F President, Anna Martin, senior vice president of GIA, echoes, “Educating the younger generation on the good diamonds do and inviting them to engage in this narrative will help boost consumer confidence in, and ultimately demand for, diamonds.”

The winning video can be seen on DiamondsDoGood.com/myproposalcontest.

The combined businesses will continue under the Surya and AIB names.

(PRESS RELEASE) NEW YORK — Surya Insurance Services, LLC is merging with Associated Insurance International Brokers Inc (AIB). The combined businesses will continue under the Surya and AIB names, both offering jewelers block insurance and other specialized insurance for the diamond and jewelry industry. Janak Dave will continue as Surya CEO and AIB founder Elan Manham will join Surya as President.

“The combined strength of the two companies will allow Surya to continue to grow to provide even better service to all of our customers,” Dave says. “In addition to growing our jewelers block insurance business, we plan to offer more insurance products specifically tailored to the needs of the industry’s top diamond and jewelry professionals, including covering the risks of rough processing, repolishing and the setting of important diamonds and gemstones.” 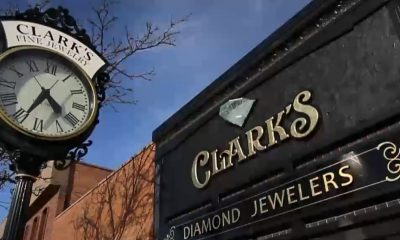 “The financial strength of Surya will give us better relationships with underwriters and enable us to better serve our customers and offer enhanced coverage,” Elan Manham says. “I look forward to working with the Surya team to grow the business.”

The combined companies will be able to provide A+ rated custom insurance solutions tailored to the individual needs of each client, including on premises, in transit, worldwide travel, trade and trunk show, unattended auto, bank vault and memo coverage.

Surya and AIB customers include more than 300 diamond wholesalers, jewelry manufacturers, jewelry retailers, pawnbrokers, and fine arts dealers, from small independent companies to some of the world’s most important diamond sightholders.

For more information about Surya and AIB insurance products and services, contact a specialist at 800-242-7766 or visit www.suryains.com.

(PRESS RELEASE) On February 6, 2020, Fortuna held its first sale of the new decade with exciting results that set the NY-based jewelry and watch auction house apart from current jewelry sale trends. The Fine Jewels sale offered a well-rounded selection of fine estate diamond jewelry and designer pieces, and achieved a nearly 70% sell-through rate—a great feat for this time of year.

The sale brought in bidders and consigners from around the world, featuring items consigned from countries like Spain, and bids coming all the way from Kuwait. It was also the first of Fortuna’s auctions to be streamed live on Facebook, highlighting the boutique auction house’s global reach.

Among the sale highlights sold was a 4.13-Carat Emerald-Cut Loose Diamond. This fine diamond came accompanied by a GIA diamond report stating the stone as possessing G color and VVS1 clarity. This particular diamond, which any jeweler would be thrilled to turn into an engagement ring, achieved $40,625 at auction. Most of the important stones in this sale came with a GIA certificate, which industry insiders trust as the ultimate stamp of verification of quality.

The sale also featured rarely seen designs, like that of a Tiffany & Co. Aquamarine Morganite and Diamond Drop Necklace. The piece, which was the property of a lady, had never been worn and was in excellent condition. The stunning lot which was crafted in platinum in a spectacular cascading design, achieved an impressive $30,000 at auction—more than double its starting bid.

The next Fine Jewels auction on Fortuna’s calendar is set for March 19 at 1PM EDT, and is still accepting consignments. If you have jewelry or watches you would like to submit for auction, visit our website at www.FortunaAuction.com or call our office at (212)389-9040 for a free valuation.

Crescent Horns-Style Pendants Continue to Provide a Shape for Designers

From Over-the-Top to Shimmy Shakers, These Are the Latest Designs in Fashion Jewelry

10 Oscar Jewelry Trends That Translate for Your Customers