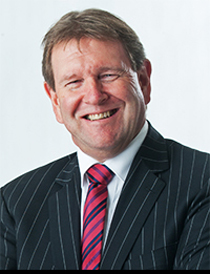 If there is one truth to jewelry retailing it would be this: Purchasing inventory is easy … it’s purchasing the right inventory that is the difficult part.

One positive of the recent economic events has been the need for jewelers to think much more carefully about how they are spending their money — in particular the biggest outlay, which is the purchasing of product.

We’ve long been fans of the concept of reordering fast-selling items; it stands to reason if an item has sold once in a relatively short time frame it can sell again. It would make sense then to reinvest the first dollars in new product back into those items that have proven themselves to work, rather than speculating on unproven pieces that come along.

While this makes sense to many jewelers we speak with, the temptation of bright shiny objects at jewelry fairs and within vendor bags can prove too much. It’s always exciting to try something new rather than get that old item back again that the staff are tired of seeing … but at the end of the day you are not there to entertain yourself or the staff, your responsibility is to provide the customer with what they need.

Recent sales have been encouraging, but my enthusiasm is tempered when I see inventory graphs that look like this:

It’s easy to see the relative lows in inventory holdings during the tougher economic period from late 2009 to the middle of 2011 …what concerns me however is the rate of inventory increase between July and October 2011.

Granted, we are heading into the holiday season during this period so it makes sense to increase inventory. However, to see the average inventory level increase from $690,000 to $850,000 in less than three months shows a level of buying enthusiasm that is perhaps based on exuberance rather than sound decision making. I would doubt few of the jewelers concerned have based their decisions on a careful review of previous sellers, instead embracing the latest offerings from the vendor community. If this entire product was new then you are talking just under 20 percent of inventory suddenly consisting of new unproven pieces … and this is on top of the existing unproven product that might already be in-store.

A store should be carrying between 10 percent and 20 percent of its product as proven sellers that have been reordered. The typical U.S. jeweler carries significantly below 10 percent, in some cases less than 5 percent that meet this criterion. The arrival of the bead market has improved this statistic for some as many now reorder fast sellers of these supplies (and are often required to buy multiple quantities) but even allowing for this, numbers are lower than they should be.

It raises the question — if jewelers can understand the principle, and apply it to reordering fast-selling beads, then why can’t the same principle also apply to watches, silver, diamond rings and other categories?

&#8220 A store should be carrying
between 10 percent and 20
percent of its product as
proven sellers that have
been reordered. &#8221

As I have said many times before, customers don’t buy the right to exclusivity when they purchase from you. If they do, then you must make sure you are charging a premium for this privilege. Often the issue of exclusivity is in the eye of the seller rather than the buyer, and you should not buy into the theory that you can’t offer an item for sale again, because of what the last buyer may think. Consumers understand that if they buy “off the shelf” the item will also be available for others.

Since February this year we have seen a much steadier rise in the growth of inventory levels, which more closely resemble sales figures. The worry is that if we should strike another economic downturn in the immediate future much of the culling of old inventory during the last downturn will be lost, and many jewelers will find themselves back in the same situation, or in some cases worse, than they did before. This time around they won’t have the benefit of s sustained strong economic run to fall back on.

With the holiday season on the horizon it is a strong time of year to be coming into. Much of this product can be moved on during the best time of the year, but it’s still important that disciplined buying is put in place now and in the period immediately after December to prevent inventory levels getting out of control and a buildup of slow moving product from happening.

ABOUT THE AUTHOR: David Brown is president of the Edge Retail Academy, an organization devoted to the measurement and growth of jewelry-store performance and profitability. For further information about the Academy’s management mentoring and industry benchmarking reports, contact [email protected] or phone toll free (877) 5698657