(PRESS RELEASE) ERLANGER, KY – Robert (Bob) Wesdorp, owner of Jewel-Craft, Inc. from 1950 – 1985, passed away on 02/27/2018. Benet Wesdorp, Robert’s youngest son, stated, “He taught and prepared me for everything life has thrown my way. However, losing him brought on an emotion I was unprepared to handle.The impact he had on our family and the jewelry industry cannot be described in a single quote.”

Bob started out by joining his father, Earl, on the jewelry bench in 1949. “I knew very little about the jewelry business then,” Bob Wesdorp recalled. “I worked with Macy’s Jewelers, a small independent store in Covington, to learn more, and took over Jewel-Craft with my wife, Dorothy (Dot), in 1950 after a motorcycle accident took my dads life.” Bob and Dot Wesdorp ran the business from the basement of their Newport, Kentucky home until 1957, when they moved both home and company to a new house they built in Fort Wright, Kentucky.

Bob was never one to take the credit for Jewel-Craft’s growth. He accredited his wife, Dot, with that success, saying, “Dot booked in all the work, and when I finished on the bench, she polished, washed, inspected, and wrapped each piece.” Continued demand for their services prompted the Wesdorps to start hiring help, outside the family, and by 1977 the company had grown to 11 employees.

Mike Martin, who joined the company in 1972, recalls, “What I remember the most about those days was that when we’d come in to work in the morning, Bob and Dot would already be working, and they’d still be working when we left at the end of the day. This company was grown, not by luck or by someone being in the right place at the right time, but because of the hard work and dedication of Bob and Dot.”

Bob and Dot’s hard work led to big changes and continued growth. In 1977, they moved Jewel-Craft from their humble beginnings in a Fort Wright basement, to a building in Crescent Springs, Kentucky. It was from this location that Jewel-Craft started to make a name for themselves across the entire national jewelry industry. Bob and Dot slowly eased out of the business and, in 1985, turned over management to their sons Gary and Benet. Benefiting from their parent’s work ethic, it did not take Gary and Benet long to grow out of the Crescent Springs location. In 1990, they were ready to expand again and officially moved into their current Erlanger, KY location.

“We are really proud of our history as a family-owned business,” agrees Gary Wesdorp, president and CFO of Jewel-Craft. “Our parents worked extremely long, hard hours to build the foundation for the success and expansion of our company. We will do our best to carry on the legacy and tradition that he built here.”

Gary Wesdorp, shares corporate leadership duties with his brother, Benet Wesdorp, president and COO. Three of Gary’s children, all three of Benet’s sons, and Gary’s son-in-law are currently employed with the company, learning the business as their father and grandfather did – from the ground up. 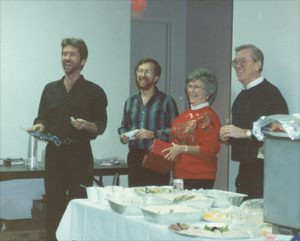 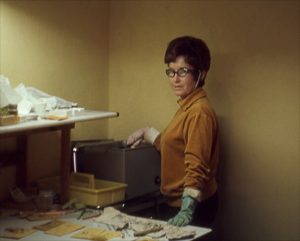 Advertisement
Related Topics: Jewel-Craft
click to Comment(Comment)
Up Next