(PRESS RELEASE) NEW YORK – Jewelers of America (JA), the national trade association for businesses serving the fine jewelry marketplace, held the 16th annual GEM Awards on Friday, January 19, 2018, at Cipriani 42nd Street in New York. The winners in the categories of Jewelry Design, Media Excellence and Retail Innovation were revealed live to an audience of press and the watch and jewelry industry’s elite. Debra Messing received the GEM Award for Jewelry Style and Sally Morrison was the recipient of the 2018 GEM Award for Lifetime Achievement.

Irene Neuwirth won the GEM Award for Jewelry Design. The other nominees in the Jewelry Design category were Coomi Bhasin and Nikos Koulis. The award was presented by Serena French, Fashion Editor of The New York Post and Editor-in-Chief of Alexa.

The GEM Award for Media Excellence was given to Marion Fasel of The Aventurine.  2017 GEM Awards winner Grace Fuller, Jewelry Editor of W magazine, presented the award. The other Media Excellence nominees were Benjamin Clymer of HODINKEE and Michelle Graff of National Jeweler.

Jewelry designer Jennifer Fisher presented the GEM Award for Jewelry Style to Debra Messing. Debra Messing’s knowledge and passion for jewelry began as a child – her father worked in jewelry manufacturing. She accepted the award saying, “My passion for jewelry comes from a deep and authentic place. It has been one of the very few constants in my life. I like to say it’s part of my DNA.” Wearing signature statement earrings, she went on to say, “I can tell you where every piece of jewelry, in my now vast collection, comes from. From whom, for what occasion, which countries pieces were discovered in.  Jewelry tells the story of my life.”

Sally Morrison was honored with the GEM Award for Lifetime Achievement for a career’s worth of contributions to the fine jewelry and watch industry. In her acceptance speech, she focused on the importance of women in and to our industry by saying, “We make products that represent and celebrate the most meaningful and transformative moments in a woman’s life.  Ultimately, she is our customer and we need to honor her.  We need every aspect of what we do to be worthy of the product we sell.  To do a better job at this we must involve women in all aspects of our industry.”

Jewelry designer Stephen Webster was the host of the evening, charismatically charming the audience with his humor and signature wit. 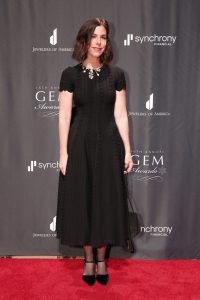 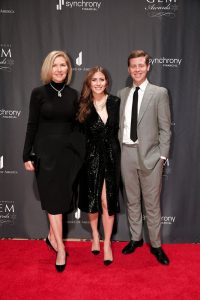 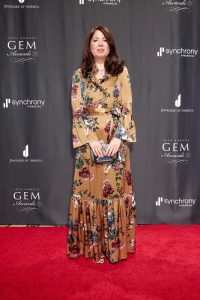 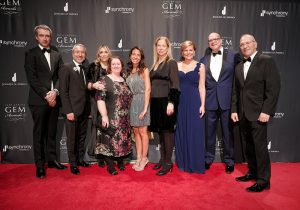 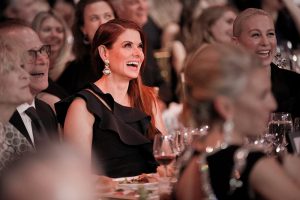 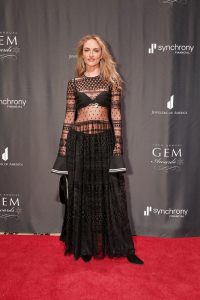 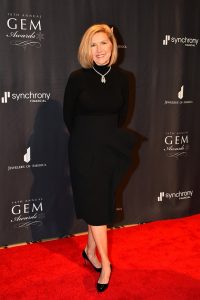 Related Topics: GEM AwardsJewelers of America
click to Comment(Comment)
Up Next

Precious Objects Sourced from the Sea Could Be Beacons of Sustainability, ‘Green and Blue’ Seminar Attendees Discover in Vicenza