NEW YORK, NY – The Jewelers Vigilance Committee has named Tiffany Stevens as its president and CEO. 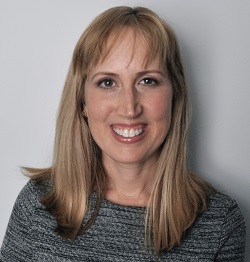 She will assume her duties on March 6, succeeding President and CEO Cecilia Gardner, who served in the role for 18 years.

Stevens recently served as chief operating officer at the Sohn Conference Foundation, which funds pediatric cancer research and medical fellowships. She has previously held leadership roles at nonprofits and foundations focused on the environment, education and the arts.

After graduating from New York University School of Law, she began her career as a lawyer at Paul Hastings, then moved to an in-house role at Bear Sterns. She is currently an active board member of several not for profit organizations.

“I look forward to bringing my skills and abilities to build on the wonderful foundation of the organization and support the very bright future of its mission and membership,” Stevens said.

Gardner said Stevens will be “a terrific new leader for JVC.”

“She is committed to the mission of the JVC, and will work hard to learn the industry and the issues which JVC addresses,” Gardner said. “Her strong not-for-profit background will ensure that JVC continues to thrive and meet the challenges the jewelry industry faces.”

The Jewelers Vigilance Committee was formed in 1917 to provide education and self-regulation to the jewelry industry.