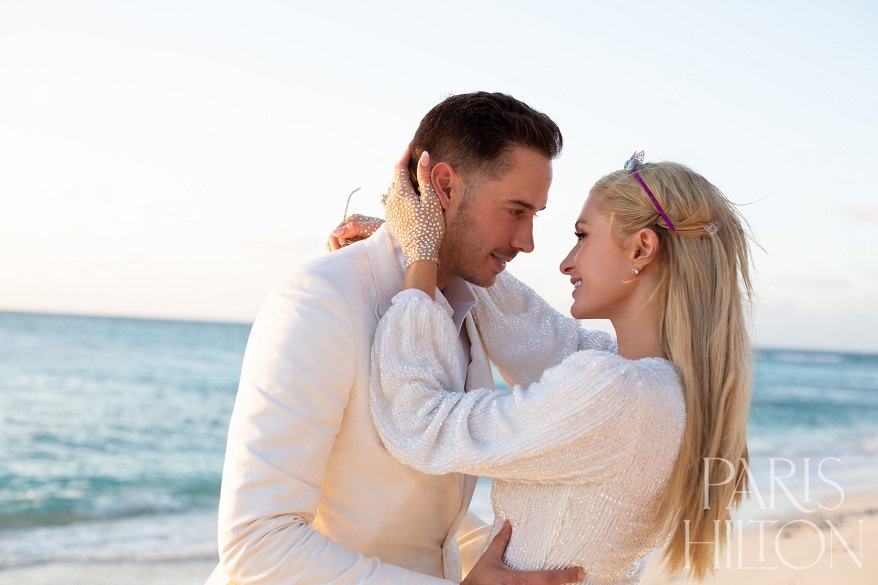 Paris Hilton is engaged, and she’s now wearing a ring that may be worth over $1 million.

The celebrity posted photos and a video of the ring on her website. (Scroll down to see the video.)

Paris Hilton’s engagement ring may be worth more than $1 million, experts say.

Reum “tapped Jean Dousset, the great-great grandson of Louis-Francois Cartier, to design a breathtakingly beautiful ring that appears to be lit from within.”

The ring is named “Paris” and its design was inspired by the city.

“Influenced by both classical and Art Nouveau motifs, it is framed by forms that resemble the vaulted glass ceiling of the Grand Palais,” Hilton stated.

Apeksha of Rare Carat estimates the value of the ring at $1 million, according to Insider. Kothari said the sparkler appears to feature a 10-carat emerald-cut diamond, along with a pair of shield-cut side diamonds.

Estate Diamond Jewelry had a bit of a different take on the ring and put its value at aroung $2.5 million. The firm told Insider it appears to have a 22-carat emerald-cut diamond.

Watch Hilton’s video about the making of the ring:

Podcast: How Jewelry Salespeople Must Change to Market Digitally [With Guest Daniel Gordon]

Podcast: How Jewelry Salespeople Must Change to Market Digitally [With Guest Daniel Gordon]