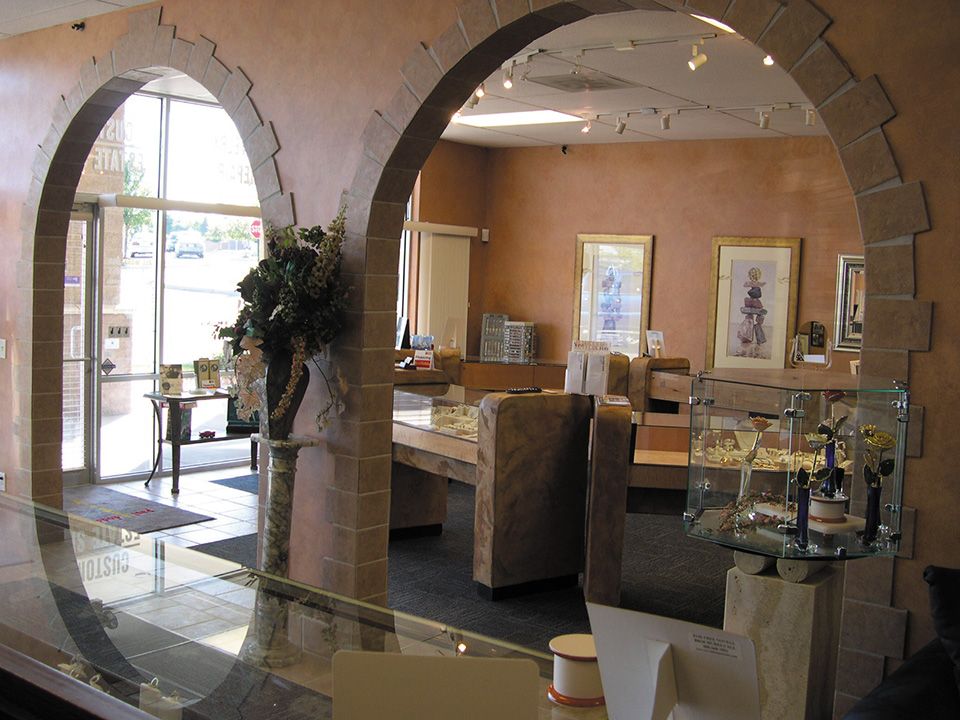 In search of Americaʼs most unique jewelry retail businesses.

PAULSWORLD.COM, the URL for Paul Dodds Fine Jewelry, says a lot about the store ownerʼs online presence as well as his Main Street jewelry store. It truly is a world of Paul Doddsʼ making — with a little help from his wife, Valerie. After 16 years as an exclusive appointment-only jeweler, Dodds Fine Jewelry moved to its present location and is now a full-blown retail jeweler. But Dodds remains true to his roots with a custom interior design look that promotes his storeʼs mainstay of custom design jewelry for their upscale clients.

How long have you been at this address? How did you find out about it?

Weʼve been at this address since January 2000. I started my business downtown in 1984, but my wife thought I was working too far away from home. In 1999 she drove by a golf course that was developing half of its property partly for a shopping center. We spoke with the property owners who were anxious to have a jeweler in their shopping center. I really didnʼt want to move so I purposely gave them a fairly outlandish list of demands, including being the only jeweler here. After a few months they saw the light and we signed the lease and started work on the new store in September 1999 and opened in January 2000. I was an appointment-only jeweler who did well by word-of-mouth and referrals. It was so simple then, now Iʼm a member of the board of directors of the MJWA and a member of IJO and on the way to Belgium this month. Things sure have changed.

Most unique features of your store?

For years, people always commented about our unique display cases. Theyʼre made of a concrete-like material and have a unique combination of colors that make it look like faux marble. The colors and patterns go well with the painted walls, which also get lots of comments from customers. Then we expanded the store when the property owners offered us a chance to sign a lease for the adjoining store that was closing its doors. We didnʼt want to just knock out a wall or put in a door. I had the idea of arches and shared that idea with someone who told me that hundreds of years ago when a man and woman were to be married they each walked through a separate arch before the ceremony. That helped to reinforce my idea and we made the additional retail space for our Bridal Center. The 100-year-old antique oak wood display cases are another feature of our store customers have been talking about since we opened the Bridal Center in June. We have seven oak display cases — six eight-foot cases and one six-foot case.

Who did your design?

I did it myself — with help from my wife. Iʼve always liked arches for some reason, which was the main interior design element in this yearʼs expansion. And, the faux marble painting and the display cases were my idea. My wife picked out the carpeting.

How much did it cost to do the build out? Was it worth it?

How do people usually react to the store?

Thereʼs a certain “wow factor” when people walk in and see such an unusual store. We usually get comments on the walls and now the antique cases we just brought in. With this yearʼs build-out, the arches are something we hear a lot about these days.

I love this store. I love my “gadgets” — my laser welder, my Meji scope, the Artcam Modelmaster software and Mill, the Gemvision DG/4. I like the view of the pond and the golf course out back. And itʼs my baby. I created this store from scratch and like everything about it. I canʼt think of one thing I dislike about this store.

How does the design of the store fit in with the jewelry you sell?

It fits well, especially the “rock look” display cases. These are custom display cases that lend themselves nicely to a jewelry store that does mainly custom work.

What does it feel like walking into this store each day?

I look forward to coming to the store. I come in, read Polygon which Iʼve been on over 10 years and credit much of my success to, have a cup of tea and wait for my staff to come in. I feel fortunate to have such a life and to make a living selling people jewelry. These are the happiest times in peopleʼs lives, theyʼre in love and there is much joy and I feel fortunate that Iʼm part of that.

Do you have any plans to renovate the store in the foreseeable future?

We just finished this build out so I doubt weʼll do anything here for some time. But if dreams come true, Iʼll retire in the mountains of Colorado and sell jewelry from a store in a Colorado mountain resort town. Then Iʼll be doing some renovating, but not until then. But with an 18-year-old son at Blaine Lewis New Approach School, a 12-year-old and a 20-month-old, I donʼt think that will be anytime soon. 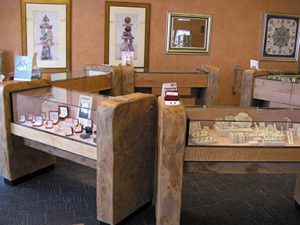