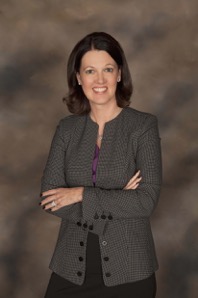 (Press Release)
WASHINGTON, D.C. − Ruth Batson, RJ, CEO of the American Gem Society (AGS) and AGS Laboratories, was named the recipient of the Robert M. Shipley Award and presented with the honor at the AGS’ annual Conclave in Washington, D.C.

Batson received the award based on her commitment to the jewelry industry as well as her outstanding service and dedication to the AGS for the last 23 years.

“Ruth lives and breathes the American Gem Society,” says Ronnie Cox, chairman of the committee that nominates the Shipley recipient. “Throughout her career at AGS, she has worked hard to serve its members and to fulfill the Society’s mission of consumer protection, business ethics and ongoing gemological education.”

During the course of her career, Batson was involved in some of the AGS’ most significant achievements, including the formation of AGS Laboratories, and the Society’s eventual complete ownership of the laboratory. She was part of the decision-making process for the AGS Light Performance Cut Grade, and is a leading force in the organization’s strategic business, operation and marketing plans.

Her past awards include the Excellence in Service Award from the Women’s Jewelry Association (2010), the Jewelers for Children Facets of Hope honoree (2012), the Doyenne of the Year Award (2013) from the Indian Diamond & Colored Stone Association, and in 2014, she won the Lifetime Achievement Award from the Women’s Jewelry Association. Since 2012, JCK Magazine has included Batson in the JCK Power List: Movers, Shakers and Tastemakers in the Jewelry Industry.