These words of advice were delivered by Academy Award-winning actress Marlee Matlin during her keynote address at the Centurion Jewelry Show earlier this month, co-hosted by actor Henry Winkler.

She knows what she’s talking about. Profoundly deaf since she was about 18 months old, Marlee was told by most of her friends and family that she would never make it as a professional actor. One of the first who encouraged her to chase her dream was Winkler, a below-average student in high school who didn’t discover that he had dyslexia until one of his children was diagnosed. Each of these actors’ accomplishments are too numerous to list here. Both not only achieved their dreams of acting, they surpassed them, earning accolades from both their peers and the public. 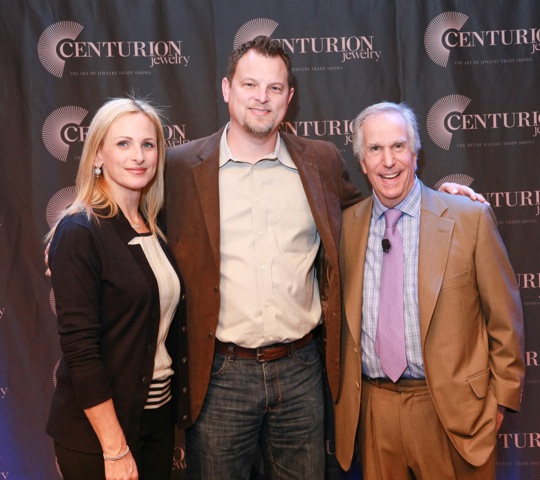 What struck me after their address was the power in Marlee’s seemingly simple formula – that all it takes to succeed are dreams and courage. Almost everyone has the dreams part down. Many of us want to be great at something. What is so often lacking is the courage. And I would go one step further and throw “tenacity” into the mix – you have to have a tenacious sort of courage that doesn’t let one or two failures derail your pursuit of success.

Over the past few months, I’ve been interviewing some of our industry’s top innovators for an article in INSTORE (look for it in our April issue). And if there was one common piece of advice from these forward-thinkers, it was this: If you’re not trying new things, you’re falling behind. For these folks, courage is almost second nature. They don’t just try out ideas from “outside the box,” they live there. And they put their money where their mouth is.

I’ve worked with and spoken to many retailers over the years who preferred to poke holes in new technologies and concepts rather than try them out. Courage is not second nature to everyone. In fact, I’d say most people prefer caution to innovation. They want to be great, but they don’t really want to pay the price that might be required to get there.

You can do okay by practicing caution. But you’ll never be great. I think that’s the biggest lesson I took from Matlin and Winkler – and from our group of innovators.

There are so many areas of business in which you can be innovative. Where can you find a greater measure of success? And, do you have the courage to chase it down?