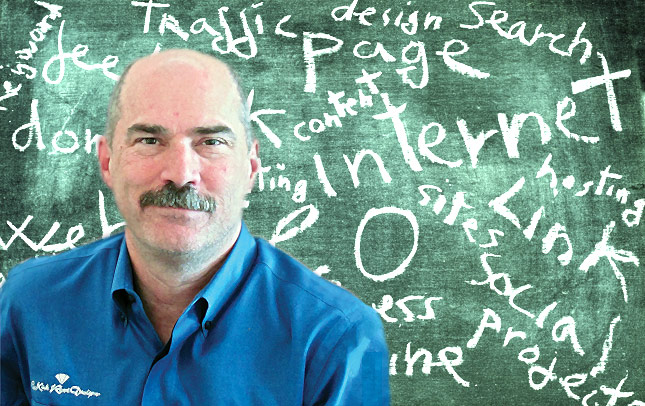 Published in the October 2012 issue

Google “Kirk Root” and “Jewelry” and a staggering 30,000-plus results are generated. Scattered among the many positive reviews are Facebook comments, directory listings, references to industry seminars and Youtube profiles. But what really stands out is the seemingly endless number of business projects the Austin, TX, jeweler has going.

There is the physical store, C. Kirk Root Designs, which he started in 1989, a separate appraising business, an expert legal service, an eBay store, his licensed jewelry line for the University of Texas Longhorns, a proprietary diamond cut (The Century Diamond), joint online ventures with firms such as weddingchannel. com, vendor supply deals and more.

Having survived a number of economic crashes since 1986, Root is a big believer in diversifying risk (in addition to being something of a compulsive business adventurer).

With the latest and possibly worst slump that began in 2007, his many-eggs-in-manybaskets strategy has kept his business prospering.

“Last year, in-store sales were the worst in five years but we were able to increase our staff from eight to 12,” he says, adding that total revenue has surged 73 percent in 2012.

“We are really pushing electronic media and hired a full-time Gen Y to manage it. The result? In six months over 10,000 likes, and over $30,000 in direct F-market (Facebook) sales,” Root says.

Overall, the slump hasn’t been bad for Root at all, with gold buying and jewelry consignment generating nice profits. Much of that success is due to Root’s credentials — he is one of only 40 American Society of Appraisers certified Master Gemologist Appraisers, and a GIA graduate gemologist. His expertise has landed him jobs for the FBI, DEA and the Justice Department (for whom he worked the Bernie Madoff case). Root charges $400 an hour for his expert opinions (minimum of four hours), and says the federal work generates a six-figure income. He also does private appraising for which he charges $150- $200 an hour.

The solid flow of work hasn’t stopped him looking for new channels. Among his recent efforts was to take a booth at a Texas Exes gathering for UT alumni to market his Longhorn line. He is also active in his community, doing educational seminars.

“Being stagnant doesn’t work,” he says. “When the recession hit a lot of jewelers turtled up, and now they are sticking their heads out and seeing nothing but desert.”

Root says his business is currently being driven primarily by three cylinders — the store, his custom design work and his appraisal work. Ultimately he’d like to see it powered by as many as eight.

“If all eight cylinders are firing, we’re probably going to be in trouble,” he jokes.