Poet Silvi Alcivar set up a small desk and typewriter outside the Love & Luxe boutique
to write love poems for couples on Valentine’s Day.

When Betsy Barron founded Love & Luxe on San Francisco’s Valencia Street in 2011, she wanted collaboration with small studio designers and other local businesses to be an important characteristic of the store’s personality. Valentine’s Day in the store has captured that philosophy over the past few years, having featured pop-up shops for a local chocolatier, florist and perfumery, as well as a poet writing love poems for clients. — T R A C E    S H E L T O N

This article originally appeared in the January 2015 edition of INDESIGN.

How successful has the event been?

“Each one has been incredibly successful at creating a festive atmosphere. The store was full all day long. For us, Valentine’s Day isn’t the biggest holiday for jewelry, but it is one to share the love and promote the store. It’s an inexpensive flowers and chocolate kind of holiday, so we thought we would provide those things. I love to throw a party. ‘Love’ is in our name, and we really do live like that.” 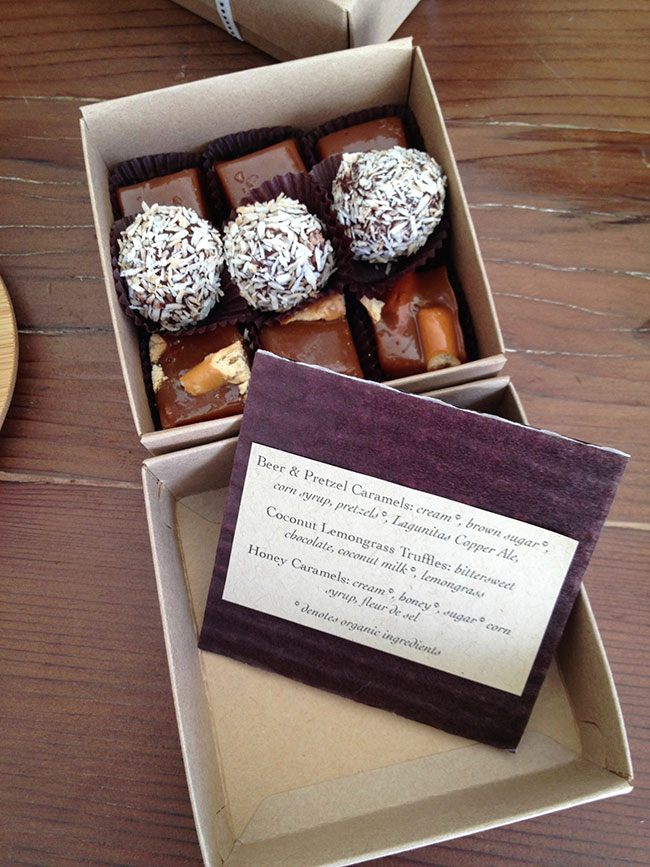 Dandelion Chocolate has supported Love & Luxe with specialty chocolates, including one variety in the shape of a gem.

How did you work with the other vendors?

“We let everyone do their own pop-up shop. We didn’t take a cut, we just let them do their thing. One year, we had Dandelion Chocolate come in; they were a factory that didn’t have a retail location, but they were building one on our street. Now they are a huge business. We had them do a chocolate in the shape of a gem, only distributed through us. The florist I worked with was a customer, and she had a group of fashion photographers and designers called Locally Grown Weddings. They brought my jewelry in to use on their photo shoots, so it was a give-back situation. Last year, we had a pop-up perfumery in the store that stayed for about five months. We promoted it for Valentine’s Day and had people picking up perfume, flowers and jewelry from us.”

How did customers react to the poet?

“People purchased directly from her. They tell her a story about who they want to give the poem to, and she types an amazing poem on her typewriter and wraps it in a bottle. Having Silvi on the sidewalk made people stop and say, ‘What is this store?’ This year, we’re going to pay for her to come and write free poems for our customers.”

How did you find businesses to collaborate with?

“I’ve lived in this city for 25 years and know a lot of people. Most of these vendors were new friends that I called and asked if they wanted to be part of it. Everyone jumps at the opportunity.”

How has the event paid off for the store?

“Every year, we get more customer loyalty. The first year was about getting the word out, and now it’s building and maybe eventually Valentine’s Day will be a big jewelry buying holiday for us. We hope if we keep doing these fun events, that will happen.”

Sales associate Maricha Genovese paints X’s, O’s, and hearts on the sidewalk outside the boutique

18 Ways To Boost Holiday Sales Without Meeting Clients In Person