Kendra Scott, founder and CEO of the eponymous jewelry retail chain and fashion brand, will be a guest Shark on ABC’s “Shark Tank.” 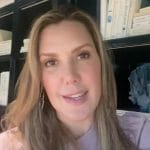 The season premiere of the business-themed reality TV series will air at 8 p.m. EDT on Oct. 16.

Produced by MGM Television and Sony Pictures Television, the show filmed for the first time in Las Vegas, hosted by The Venetian and Sands Expo & Convention Center.

James Ritchie is the online content editor for SmartWork Media.