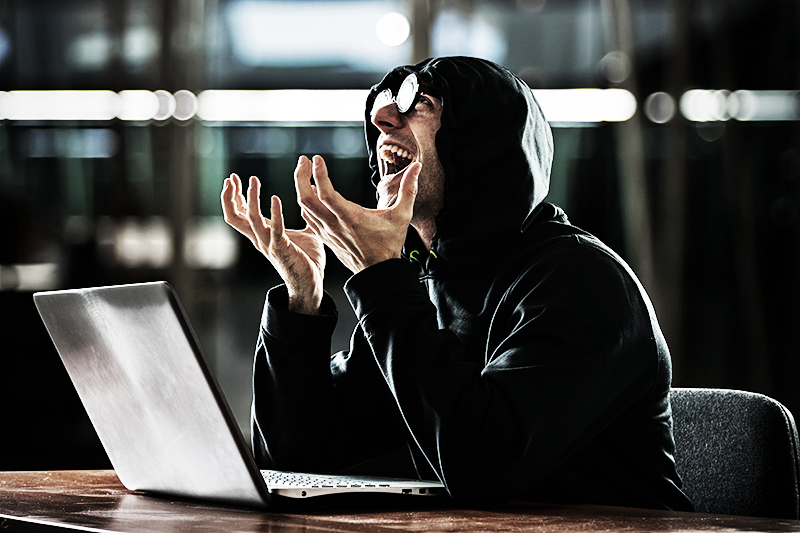 JEWELERS ARE GOOD PEOPLE — most of them, anyway.

But as in any other profession, there are a few unsavory characters. And unfortunately, our readers have had some run-ins with less-than-upstanding members of the industry.

One question we asked in INSTORE’s 2017 Big Survey was, “What’s the most unethical thing a direct rival has done to you in the name of competition?”

The answers were a bit disturbing.

➜ Our local rival once told a potential client that we were known to have cocaine problems and informed the potential customer we were engaged in unethical behavior so we could pay for drugs.

➜ Used a picture of my late husband in his Corvette in his ad, stating they pay more for gold because they don’t have a Corvette.

➜ We refer horrible customers to each other.

➜ Said that they made my wife’s engagement ring!

➜ Stopped by my store and in the middle of a presentation of loose diamonds told my customer, “Hmm, that’s nice. But you should come see what I have at my shop.”

➜ Appraised an item and told the client that the sapphire we sold the client was too good to be real, that it must be synthetic and to demand a lab report or money. We gave the money back, got a lab report, called the customer, and he was upset because he had purchased another sapphire from the competitor’s wife and could not return it!

➜ Our color stone dealer opened a retail store across the street from us, without telling us and while we were planning an event together.

➜ Told our customer the diamond they bought from us was junk!

➜ Pretended to be me.

➜ Reported us to the IRS!

➜ Said they had never heard of our store when a potential customer walked into their location in error.

➜ Said we were crooks. My response was that we did take $50,000 of sales from them last month, so guilty as charged!

➜ Said our prices are lower because we sell stolen merchandise.

➜ Hired an ex-employee and had them send postcards to my customers.

➜ Told people I was unstable and might not be in business much longer.

The 2017 Big Survey was conducted in July and attracted more than 700 responses from jewelry-store owners around country. Look out for all the results in the October issue of INSTORE.

Related Topics: Big Survey 2017
click to Comment(Comment)
Up Next

After serving the San Antonio, Texas community for decades, C. Aaron Peñaloza Jewelers closed its doors earlier this year. Aaron and Mary Peñaloza, the store’s owners, chose Wilkerson to handle their retirement sale. “In the first six days, we did six months’ worth of business,” says Aaron. “In the first three weeks, we did a year’s worth of business.” Mary Peñaloza says Wilkerson’s ability to tailor the sale to their store’s requirements really made it all so much easier. “They are professionals,” she says. “They know what they’re doing. They have a plan, but they will listen to you and adjust that plan to your needs.”

Retail Workers Quitting at Record Rate: “My Life Isn’t Worth a Dead-End Job”