Elise and Tony Senawaitis, owners of Highland Jewelry Mart in Highland, CA, became concerned that although property crime seemed to be increasingly common in their neighborhood, they usually found out about it only by chance. “If it’s not published somewhere, you don’t have any way of knowing,” Elise says. 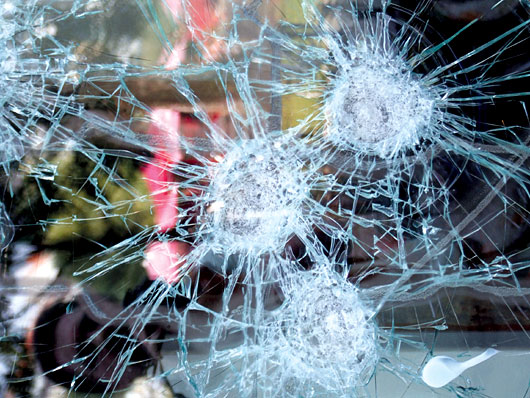 “We had burglaries in the area — people throwing rocks through windows and taking things. We’re in a shopping center, and most of the stores have large glass fronts,” Elise says. “A lot of times we didn’t even know about it and we certainly didn’t have any idea of when it happened, how it happened, whether they had a suspect and what that person might look like.” Elise decided Highland businesses needed a way to be reliably informed by the police department of criminal activity not covered by the local newspaper.

The couple approached the Highland City Council Safety Committee and suggested the city set up an e-mail notification system for businesses in the community through the sheriff’s department. The committee embraced the idea and the City Council is in the process of implementing it, most likely through the Highland Area Chamber of Commerce, which is signing up businesses. “Highland is a fairly small town, but there are several thousand businesses,” Elise says. “The purpose of this is to allow businesses to put deterrents in place, to make people aware of who and what to look for. If people are taking cash registers, business owners should put the money somewhere else or install a surveillance system if they don’t have one — or any number of other things. There has been a lot of interest. People seem to think it’s a great idea.”

The bad guy goes to jail

Simply speaking about the issue at the safety committee meeting brought immediate results as far as public awareness, because the proposal was covered in the local newspaper, along with the first detailed reporting on the recent burglaries that had inspired the idea in the first place. The importance of knowing what to look for, Elise says, was driven home by a recent experience: “Local police came in one day doing a follow-up after a Radio Shack was broken into two doors down. They gave us a description and said ‘If you see him, would you call it in?’ One hour later my husband opened the back door of the store to air out some chemicals and this man goes walking by. My husband called me and said, ‘Is that the guy?’ Son of a gun, it was the guy. We had a description, he walked by, we saw him and the police came and got him. A lot of these crimes are being committed by people who live in the area.”

First of all, be observant. Next, join forces with your neighbors to share information. Join the Chamber of Commerce. Start a Neighborhood Watch group. Ask for e-mail notification from your local police department.

Best of the Best: Going After the Guys