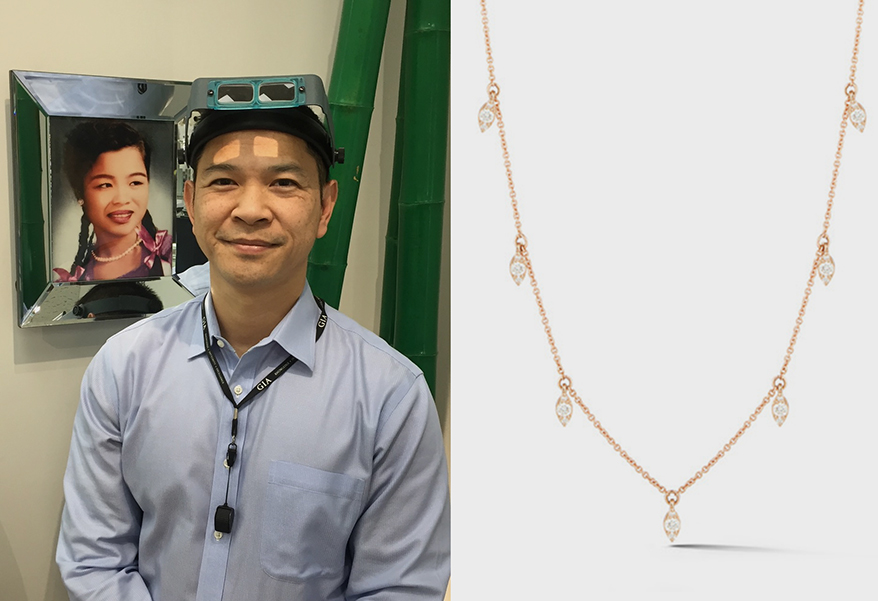 BriteCo provided three entry methods to win the necklace. For one entry path, show attendees took a photo of themselves at one of two “Selfie Stations” located near the entrances to the exhibit halls on Levels 1 and 2. They then followed BriteCo on Instagram, posted their photo with the hashtag “#BeBriter” and were automatically entered.

For those at the show or unable to attend, BriteCo also sponsored an online jeweler quiz through JCK Las Vegas social media as an alternative means of entry. Jeweler participants answered challenging questions relating to jewelry trivia such as: What was the most expensive piece of Jewelry ever produced for a movie? Answer: Nicole Kidman’s Necklace in the movie Moulin Rouge! Completing the quiz, the participant was automatically entered in the drawing to win the necklace.

An online JCK Quiz sponsored by BriteCo featured questions such as “What was the most expensive piece of jewelry produced for a movie?” Answer: Nicole Kidman’s Necklace in the movie Moulin Rouge!

In addition, BriteCo gave away daily prizes at a “Vegas Slots Game” in its booth along with an automatic entry to win the necklace. Demonstrating its free Appraisal Management System at the show, the BriteCo appraisal system featured a cloud-based software tool designed to help retail jewelers create accurate, professional appraisals for their customers in a matter of minutes. Retail jewelers wanting to learn more can visit www.brite.co/jcklasvegas

Advertisement
Related Topics: BriteCo
click to Comment(Comment)
Up Next