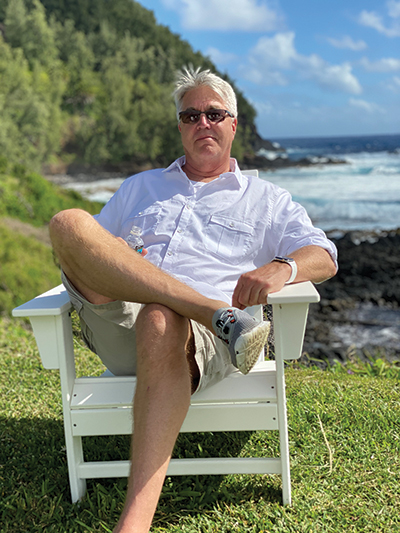 Dave Schowalter has built time into his schedule to relax.

WHEN MICHIGAN JEWELER Dave Schowalter was faced with surgery for a brain tumor in 2008, he told his wife that if he survived, they would change their lives and spend more time together.

He’d been putting in 80 hours a week as owner of Miner’s Den Jewelers in Royal Oak, MI, for far too long, he thought, first selling turquoise jewelry in the ‘70s, and by the ‘80s moving into gold, diamonds and custom jewelry.

Schowalter did survive, and, while he was recovering, a customer emailed him looking for a sorority-themed bead that would be compatible with a Pandora-style bracelet. He seized on that idea and began to obtain licensing to sell college and university-themed silver beads made to be compatible with the popular bracelets. The idea took off.

Schowalter also had long been intrigued by e-commerce. “I was always trying to figure out how can you get someone into the store, and how do you keep them as a customer? E-commerce is that same thing but on steroids: How can I get someone in Florida to buy something in Michigan?”

Beads and e-commerce created a successful synergy. But Schowalter knew that while e-commerce would continue to evolve, the bead frenzy wouldn’t last forever.

Schowalter had never enjoyed changing watch bands. But when Apple debuted its line of smartwatches in 2015, his son saw new opportunity.

“True to our company culture, we decided to apply the logos of our top 20 college licenses to some Apple watch bands and take the idea for a test drive,” Schowalter says. “I didn’t place a lot of stock in this kind of thing, but it was the most successful product launch I have ever been involved in.”

Apple’s smartwatch launch coincided with the desire of consumers to personalize everything from sneakers to accessories. The timing couldn’t have been better.

By the fall of 2018, he decided to leave the jewelry category entirely so he could focus on the emerging tech categories of wearable and hearable accessories (such as AirPods cases). Sales zoomed from $1.5 million to an estimated

Mix-and-match watch bands were not common pre-smartwatch. Now, most traditional watch and smartwatch makers use a quick release band so they can easily be switched, which represents a revolutionary change in a category that’s been around for 100 years.

Apple initially told him the watch band he was using was too similar to their own, but they allowed his team to work with the company to develop a band that did not infringe on their intellectual property. Recently, he’s also established relationships with both Samsung and Fitbit.

As CEO of Affinity Brand Partners, based in Troy, MI, Schowalter revels in his life after jewelry and believes he has delivered on his promise to his wife. Even though he’s very busy, he’s on site only about three days a week, thanks to building a dream team that handles the details.

The rest of his work week, he’s on the phone while he commutes between his office in southern Michigan and his home in northern Michigan. “It’s been liberating,” he says. 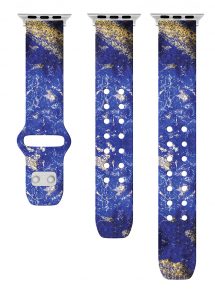 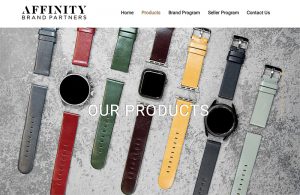 ORS Presents the Second in its Sales Management Series: The Fine Art of Managing a Sales Floor