(PRESS RELEASE) NEW YORK – For the ninth consecutive year, Jewelers of America members met with key lawmakers to discuss trade and tax concerns during its annual advocacy visit to Washington, DC, on Wednesday, June 19. As in past years, the delegation was led by the Jewelers of America Political Action Committee (JAPAC) . The delegation met with a number of key lawmakers and congressional staff, including Sen. Tom Cotton (R-AK), who met with the group for dinner.

“Jewelers of America has made a great deal of progress advocating for issues that affect independent jewelers, like sales tax fairness, but there is still work to be done and JA is focused on keeping the industry’s needs front and center on Capitol Hill,” says JA President and CEO David J. Bonaparte.

This year’s fly-in was the first to take place since a major turning point for sales tax fairness, which Jewelers of America has fought for decades to pass and level the playing field between brick-and-mortar and online jewelers. Last June’s ruling by the U.S. Supreme Court to overturn the Quill decision of 1992 was a first, significant step toward achieving this goal. However, the Court’s decision – allowing states to collect sales tax from out-of-state/online sellers — addresses the issue only on the state level, where rules for collection vary. JA shared the message with lawmakers that there may still be a need for a federal framework for online sales tax collection in the future.

This year’s attendees also discussed up-to-the-moment issues of concern, like the ongoing trade war between the U.S. and China. The U.S. Trade Representative (USTR) has listed $300 billion in Chinese products that could be subject to tariffs of up to 25 percent when imported into the U.S. These products include stones and jewelry such as natural and cultured pearls, diamonds, rubies, sapphires, emeralds and other stones, gold and silver jewelry parts, gold necklaces and synthetic gemstones. Jewelers of America members explained to legislators that the tariffs would have a negative impact on jewelers, especially those that import jewelry products and materials from China.

In addition to Cotton, the group connected with prominent members of Congress including:

Jewelers of America Members represented a variety of jewelry firms from across the country, including:

To learn more about Jewelers of America legislative advocacy and JAPAC, the only PAC that supports the fine jewelry industry in Washington, DC, visit www.jewelers.org/ja/advocacy. 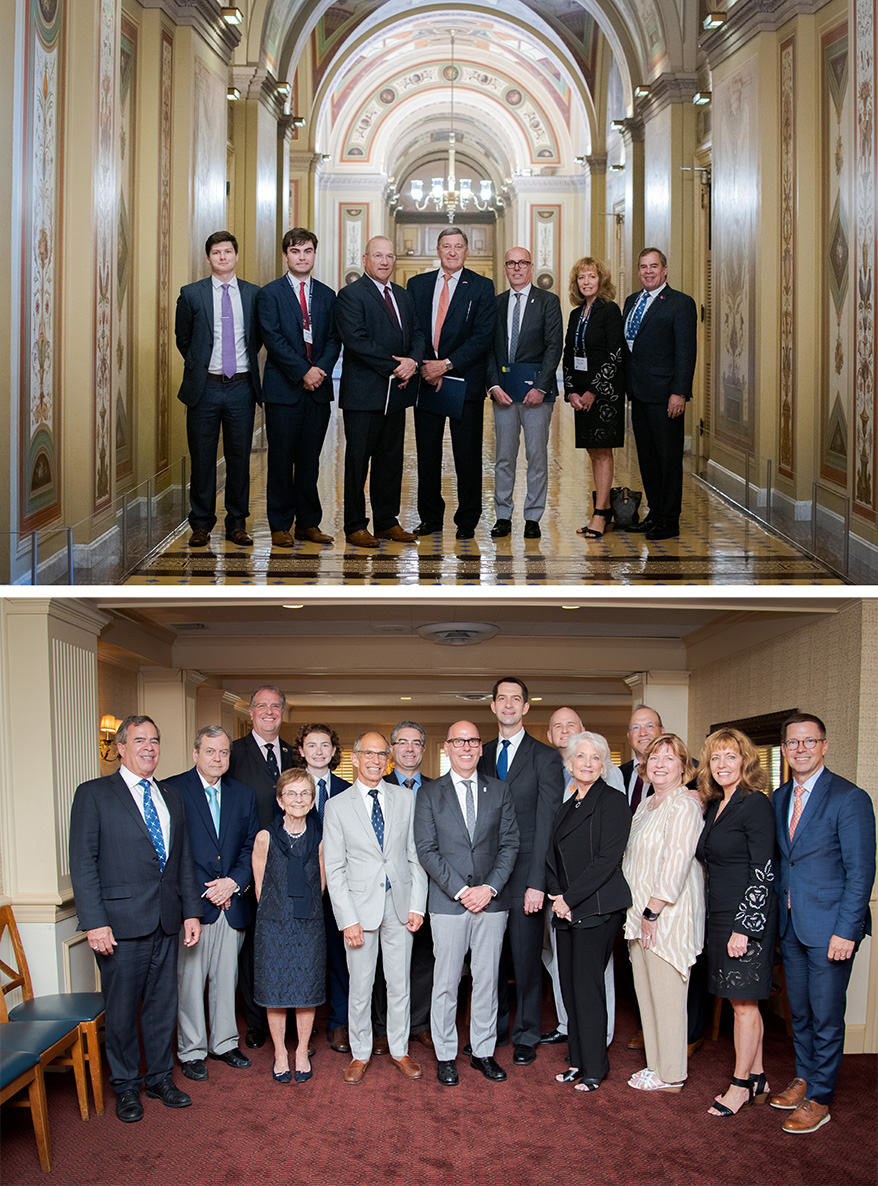 Advertisement
Related Topics: Jewelers of AmericaLatest News Top
click to Comment(Comment)
Up Next