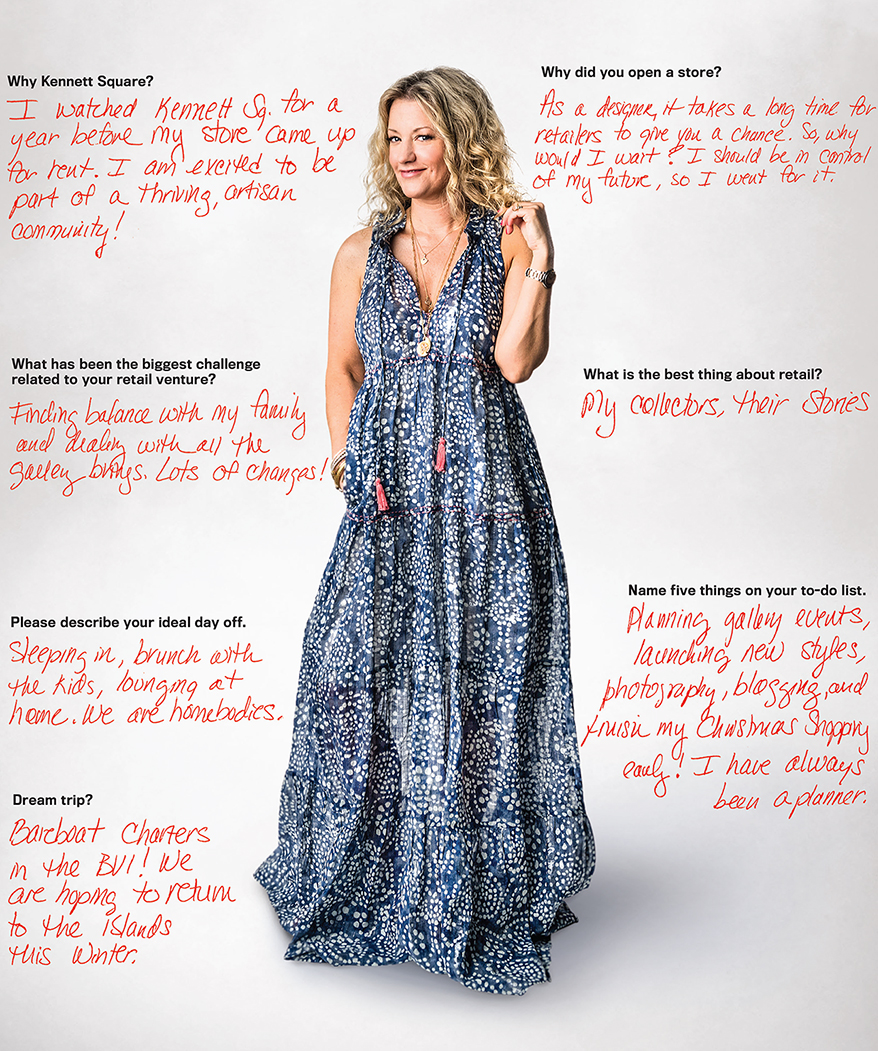 Jewelry designer Alexis Kletjian launched her first collection in 2011 and began selling her gold creations directly to collectors. Her first trade show was the New Designer Gallery at JA New York, where she was awarded the prestigious Mort Abelson New Designer of the Year Award in 2016. She opened her retail gallery in Kennett Square, PA, in September 2017, where her location became a destination for custom fine jewelry and heirloom redesign in an inviting, no-pressure environment.