SOME JEWELERS HAVE a formal approach to philanthropy, supporting a few favorite causes; others prefer a scattershot approach of grabbing a piece of aging inventory to contribute to any charity that asks.

For Paolo Salamone, owner of Paolo, A Modern Jeweler, in Cincinnati, his charitable giving program is both wide-reaching and carefully targeted. Each charitable donation has a goal. When he connects with local charities, he wants to make a lasting impression while discovering new clients and helping to grow the community.

The key is relationship building. “We used to donate a necklace or a bracelet, but we realized we never saw the client,” Salamone says. “Or if a gift certificate was for $200, they would spend $200. But if they got $500 for a jewelry makeover, they would come in and work with us and put that money toward a custom redesign.”

So instead of a simple jewelry donation, Salamone assembles a package of auction items that include a handmade yellow diamond necklace, a special-occasion, carry-out dinner from Prime Cincinnati, and a $500 gift certificate toward a jewelry makeover. The package is called The Paolo Experience. On average, people spend $3,000 to $5,000 when they make an appointment for the makeover. Trade-ins can also be credited toward the makeover.

Residual sales and income have been phenomenal, Salamone says. “In the past year, we sold 30 custom pieces, and half of them were from clients we met through the charities.”

The makeover meeting can be virtual, or the auction winners can meet safely with masked jewelers in the studio, which Salamone has equipped with air purifiers. “The whole idea is they drop off the jewelry to go over the details of their design,” Salamone says. “We can deliver their diamond necklace with their dinner and a bottle of wine.”

The Paolo Experience tradition began with the Cincinnati version of the prestigious auto show, the Concourse d’Elegance. The Cincinnati Concours Foundation, a non-profit 501(c)(3) organization, manages and produce the local Concours, from which all proceeds benefit the Arthritis Foundation, Ohio River Valley Chapter.

Once Salamone had partnered with a few prominent charities, “it just spiraled,” he says, to include 25 to 30 charities that regularly participate in the jewelry makeover package.

Salamone, whose business is about 75 percent custom, operates by appointment only. “I’m designing virtually and I’m as busy as can be,” he says.

This year, Salamone is also focused on building a new website and on fine-tuning social media, where the theme is jewelry as fashion. The store’s design studio doubles as a photography studio, where the team is photographing Paolo’s jewelry now.

His customers fall into two demographic segments. One is 25 to 45, who come to him for engagement rings and wedding bands; he also has loyal, higher-end clients in the 35 to 75 age group looking for makeovers or redesigns.

“They might redesign their original wedding set or they may redesign family heirlooms. They are mostly redesigns and maybe upgrading their diamond, or changing the metal from yellow to white.” 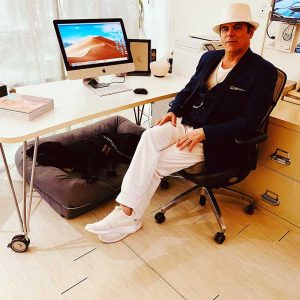 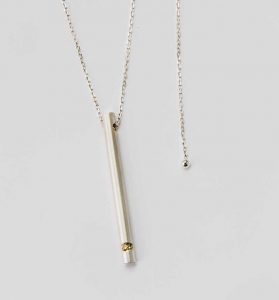 How to Respond to Specific Jewelry Requests from Clients, And More of Your Questions Answered