ERIC FEHR HADN’T given his family’s jewelry business too much thought until he hit his late 20s.

Early on, the family business had served as a daycare of sorts for him as a youngster, and later as the source of a summer job, and not even a romantic one: He was assigned to assist the building’s maintenance and janitorial crew. 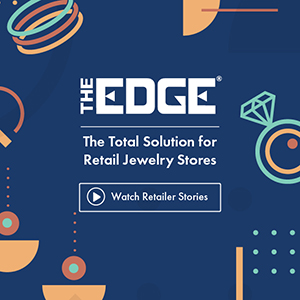 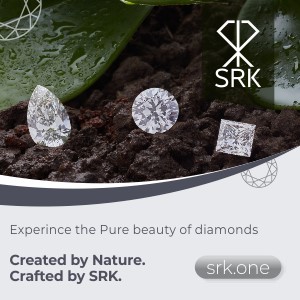 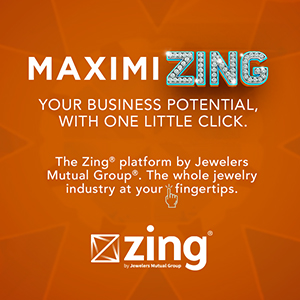 After graduating from Notre Dame Law School in 2009, he’d practiced law in downtown Cincinnati near where his dad and grandfather ran their 125-year-old jewelry store. 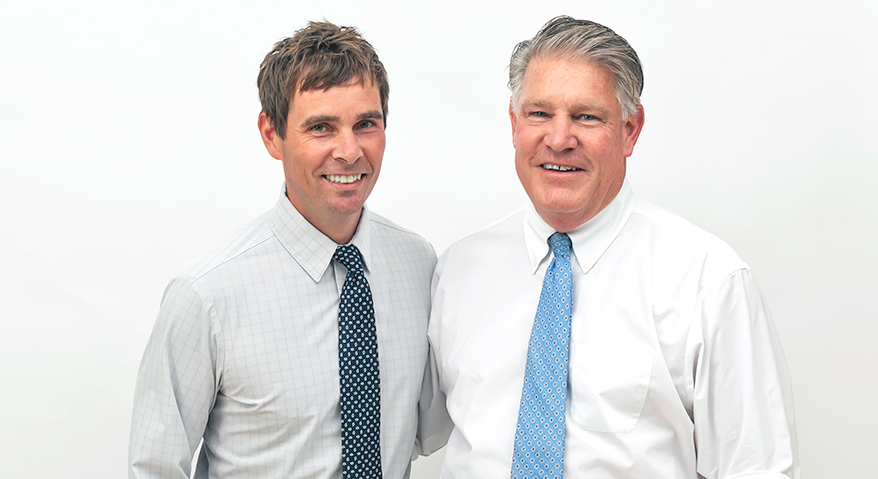 Eric, left, and Rick Fehr carry on a family tradition.

But when the Fehr family decided to buy a bank building across the street they’d long had their eye on, Eric often found himself in conversation about the ensuing renovation project with his dad, Rick, while he was also handling the deal itself for the law firm that had just offered him a partnership.

For years, his father had told him, half-jokingly, that he was too smart for the family business.

“I always told him go work for somebody else first, anyway,” Rick said. “He decided to take some of my advice, but I think in the back of Eric’s mind, he had the thought he’d like to find out if he likes the business.”

When Eric broached the subject in 2015, the timing meshed perfectly with the expansion into the new space. “I was more concerned about him liking it than maybe he was,” Rick says. “Retail can be very demanding. I work six days a week, seven days a week in December, most of my whole life.”

The Vault lounge is used for events and private sales.

The history of the business and the excitement of the new building increasingly exerted a pull on Eric. “I decided to give it a shot, and I’ve been very fortunate,” he says. “I went into it knowing that running this business would keep it going; there’s not going to be anyone else to do it.”

Eric says the biggest difference in his work life is that he is now focused on bringing out the best in everyone else and not just advancing his own interests. “It’s much more rewarding,” he says.

In 1896, a man named Richter partnered with two Phillips brothers to establish a small gift-giving business with a catalog showroom and traveling salesmen. The store flourished for decades but took a hit during the Great Depression.

In the 1930s, diamond salesman Frederick W. Fehr purchased the business, which has been in the Fehr family ever since, through four generations of Frederick Ws: Frederick Fehr, Fred Fehr, Rick Fehr, and Eric Fehr. The fifth Frederick, Eric’s son, was born in December.

Rick grew up in the business when it was still a catalog showroom selling toasters and toys and luggage, as well as jewelry. “I was there the first time lava lamps came out,” says Rick, who started out stocking shelves and filling orders in the warehouse. 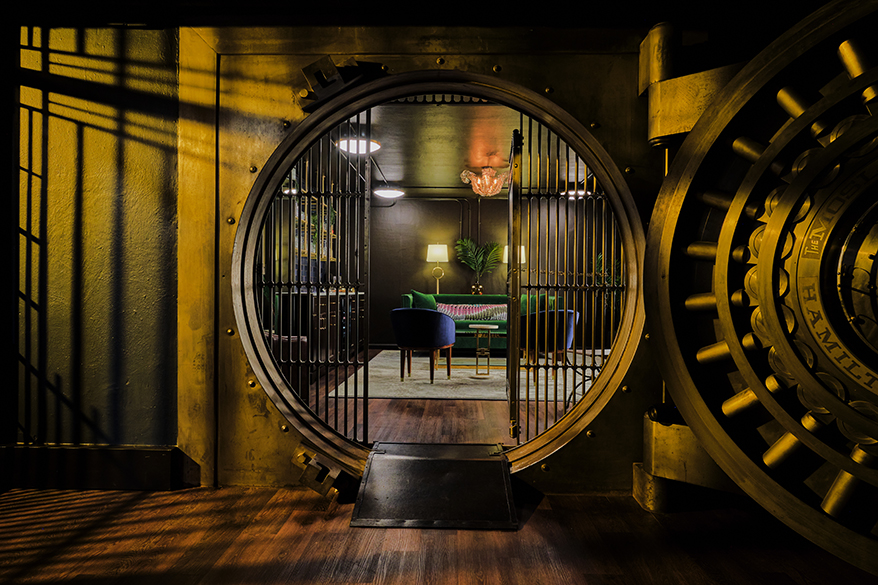 The basement Vault has been transformed.

They did sell fine jewelry, but they also sold 1-carat diamond cluster rings for $299. When they made the move into jewelry exclusively, the Fehrs needed to rebrand in the face of stiff competition from high-end jewelry stores downtown. That evolution took time. “I was exposed early on to a business that was totally different in terms of where we are today,” Rick says. “I’ve always been open to change. If you’re not changing, you’re going to get stuck. Someone’s going to chase you down.

“We happen to feel we are sitting on top, but that doesn’t continue to happen unless you evolve.”

When they made the move to the new building, Rick says, he imagined business could pick up by 10 or 20 percent. In reality, business quickly doubled.

The timing of the move turned out to be opportune on many levels.

Brands, particularly luxury watch brands, had begun to push retailers for not only sufficient space for display and presentation, but also a deeper dive into experiential retail. These days, Eric says, brands routinely mystery shop and score the stores with which they’re affiliated, making decisions about a continued relationship based on whether or not they find a welcoming atmosphere. Rick said if they hadn’t found more space and a new approach to events and marketing, they likely would have lost their legacy watch brands, an important part of the business.

The showroom in its urban setting has no shortage of historic charm. But the most intriguing feature, a 1920s era Art Deco bank vault, is tucked away beneath the city, down a set of marble stairs. The Vault has a heavy iron door and iron gating with diamond designs.

When the Fehrs purchased the building, they used the basement space, including the vault, which they had simply painted white, as an in-house meeting space.

They recognized its potential, but in the years between the move and the advent of the pandemic, business was too frenzied to take on a new project. In 2020, facing COVID shutdowns, marketing director Rebecca Schaeper, who joined the business in 2017, worked closely with Eric on bringing to fruition a plan she had to upgrade the vault.

As a nod to its roots, the space was draped in rich velvets, glass shelving, gold and brass accents, all with art deco inspiration. Schaeper describes it as a mix of art deco and jungle motif with a treasure-hunt theme.

The project took a year to complete. Says Rick: “I really had no idea what they were doing, and I couldn’t have been happier with the outcome.”

Now, The Vault serves as a decadent “speakeasy” style hideout, available for non-profits to use at no charge for meetings, recruitment parties, fundraisers, book clubs, wine clubs and more. With shelves stacked with rocks glasses, highballs, and coupe glasses readied with spirits and a Champagne fridge, it is also used as a setting for private shopping experiences.

“Customers love to shop for their wives, but it can be tricky when you’re showing things upstairs and she’s looking at something that’s $50,000 and he wants to spend $10,000. But if they say, ‘Hey, my wife wants a tennis bracelet or studs and I want to spend 10 or 20 grand,’ we’ll set up Champagne in the Vault and I’ll select three to seven pieces and I’ve taken the tags off. All of the options are within their budget, and everyone can relax and enjoy the experience. That experience usually makes that sale because of how fun and easy it is.”

They also use it as a destination to pick up a surprise, special-occasion gift. Couples can stop by on the way to a restaurant celebration and find a tennis bracelet or pair of diamond studs waiting for them in the Vault.

The personal shopping experience fits nicely with the store’s goal of establishing deeper client relationships through Emotional Connections Marketing and a “surprise and delight” program, both of which Schaeper introduced. “It’s a surprise that a person receives and is incredibly delighted to have done so,” Schaeper says. The sales associate determines whether the client would most appreciate dinner, a couples spa treatment, or a bottle of Bourbon.

1. SAVE THE SALE. Sales are limited to two per year: one for engagement rings and diamonds, another for wedding bands. Most attendees buy something that day, but for those who might need to move a little slower, sales reps can provide them with “Save the Sale” cards, which guarantee a price on a piece for up to two months post-event.

2. EVENT FOCUS. Marketing director Rebecca Schaeper built up the company’s events, so much so that their Whiskey & Watches evening now requires $20 tickets (with all money donated to charity) just to hold a spot after the 2019 event attracted 400 people. Now, they limit attendance to 250.

3. THE GOAT. Richter & Phillips Jewelers has won an honor each year as the best place to buy an engagement ring in Cincinnati; in other words, they’re considered the GOAT, the “Greatest of All Time.” “A big crazy thing that captured attention was our GOAT billboard campaign,” says Schaeper. The campaign includes the words, “If ya know, ya know.” “We try to treat the city to some offbeat billboard displays to offer a good laugh,” she adds.

4. CUSTOM STRATEGY. Richter & Phillips is developing a 3-D ring designer that will live on their website, accessible to customers on iPads while shopping in the store or on their phones or computers from home. Schaeper believes, based on research, that this will not only engage customers on the website but also encourage the creation of custom design projects on the showroom floor.

5. INFLUENCER BRUNCH. Schaeper invited members of a bloggers’ group to the store for brunch, where they could participate in a treasure hunt and post each item they found. They received gifts but weren’t paid or pressured to write about the store. The event led to a flurry of social media activity and developed some long-term relationships with the group members, who still talk up the business. 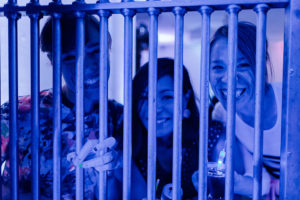 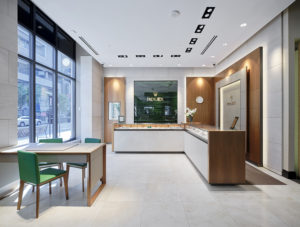 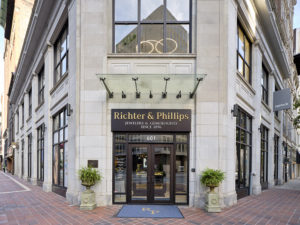 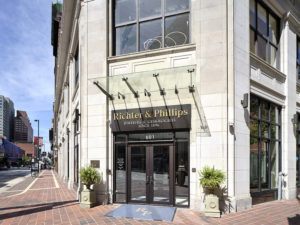 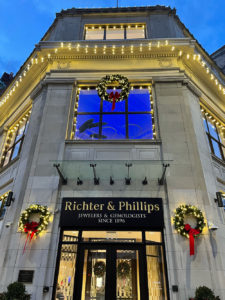 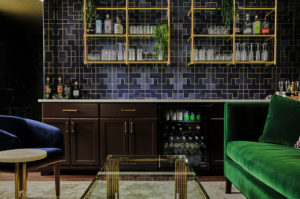 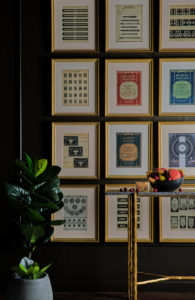 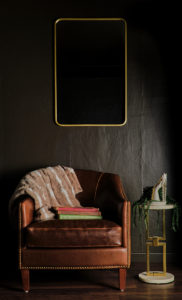 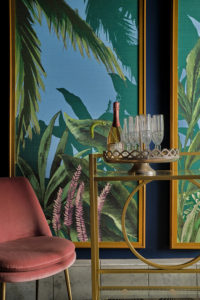 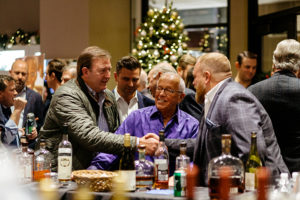 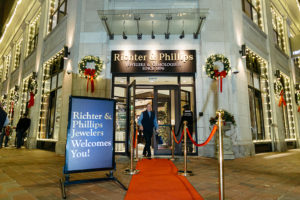 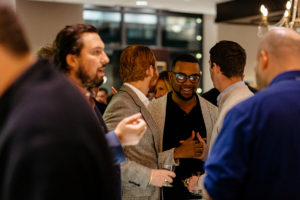 Try This: Develop a Sense of Urgency

Eric’s legal career instilled in him a sense of urgency in regard to customer service. “I think that if I don’t get back to that customer who contacted me right now, that deal is over. I treat every customer as if it’s our most important client. If you are johnny on the spot with detail, with expertise, if the online experience matches what they experience in the store, then you’ve got them for life.”