A strong location, capital reserves and careful hiring could lift your business to undreamt-of heights

he next turning point comes at about $1.4 million. At that point, if you have the right people and systems in place, you may find the journey to $2 million is faster than the trip from $800,000 to $1 million. But if you don’t step back from the day-to-day control of your business at $1.4 million and learn to delegate, the $2 million mark may prove out of reach, Brown says.

Crabtree refers to the space between $1 million and $5 million as “the black hole.” Why? Because at this point, you may be forced to add staff and infrastructure before you can really afford to, which risks driving down profitability and ultimately destroying your business.

“When you’re at $1 million and you start adding people you need, you feel really happy about it,” Crabtree says. “You’re building a growing business and you think that anybody you hire will work for you forever. But then you may realize that that person isn’t the best fit. People change, and one of the keys to success is continually upgrading your staff.”

The most challenging level of profitability is $2 million to $3.5 million, Crabtree believes. It’s really expensive at that point to hire the wrong people and then replace them. The more times you have to repeat that hiring cycle, the more expensive and damaging it becomes. Hiring mistakes can mean lost profit, which makes other, productive staff members nervous; they may leave and you’ll be stuck with your hiring mistakes. One suggestion: Hire young talent and invest in their education.

You’ll also need capital reserves. Most entrepreneurs who have businesses in this range need to build up about $2 million of liquid, safe, core assets that give them stability. Calculate how much cash you need to hire the people you need, then estimate how long it will be before your business can pay for new hires and remain profitable.

Don’t add too much expense too quickly without making sure the resources you already have are as productive as they can be, Rath says. “Retailers are clogged with aged inventory or people who are not performing at the level that you would expect. Examine your merchandise productivity, too, by linear foot of case space to be sure it’s as productive as it can be.”

ON THE WAY TO $2 MILLION

A BIT OF LUCK AND A GREAT LOCATION

or the owners of Gold-n-Memories in Steinbach, Manitoba, Canada, being a family business in an easily accessible mall location paid off when a major competitor left the market completely.

A popular department store moved in right next door, too.

Amanda Lanteigne, who bought the 2,000-square foot mall business from her parents and works with her husband and brother, had to scramble to keep up with unprecedented 30 to 40 percent growth in the wake of that unexpected occurrence.

“Almost immediately we saw an influx,” she says. “We doubled our sales volume in six years. I’m still learning how to handle the $750,000-plus increase.”

An Edge Retail Academy mentor helped keep Lanteigne and her partners on track. They concentrated on hiring the right people and learning to delegate (a staff member has completely taken over marketing) while concentrating, too, on budgets and forecasting and finding time to travel to trade shows to discover new jewelry lines.

“I no longer know everything that happens in the store and have had to let go and trust my employees,” Lanteigne says. “That’s been the hardest thing.”

Lanteigne says working with a business mentor has been a key component of their success story.

“When you are an independent business owner, you’ve got nobody who tells you if you’re doing it wrong,” she says. “It’s really nice to bounce things off of somebody who knows the business but isn’t a competitor.”

ON THE WAY TO $2 MILLION

esides the power of positive thinking, Laurelle Giesbrecht of French’s Jewellery in Wetaskiwin, Alberta, Canada, is headed toward the $2 million revenue mark due to a variety of factors propelling steady growth since the late ‘80s and despite a variety of setbacks.

“Our local economy has been negatively affected by droughts, creating agriculture devastations, mass wildfires, and most recently low oil prices, creating huge job losses,” she says. “These factors have created some roller-coaster years.”

First, she cites fantastic suppliers who offer a beautiful balance of cutting edge styles and timeless classics. Her relationship with her vendors is special, she says. “I want them to grow and succeed, and they want the store to flourish. For special pieces, these key suppliers will offer stock balancing, which allows us to inventory unusual styles and in some cases, to push a higher price point.”

The discovery of Canadian diamonds was a game changer for her, too. The year the movie Blood Diamond was released, her diamond sales increased dramatically because she offered certified Canadian diamonds in rings, pendants and earrings. She sold five diamond tennis bracelets that Christmas Eve.

Hiring people who love the store’s product mix is also important. The majority of staff were at one time her clients. “Training people on the inner workings of the jewelry industry can be done,” she says. “Loving what we sell can’t be taught. If you love something, you can sell it to anyone.”

She encourages that love of the product by offering store discounts and credits for personal staff shopping.

“It is much easier to sell larger diamonds if the sales team are wearing beautiful pieces. We make it as affordable as possible to wear great and impressive jewelry.” 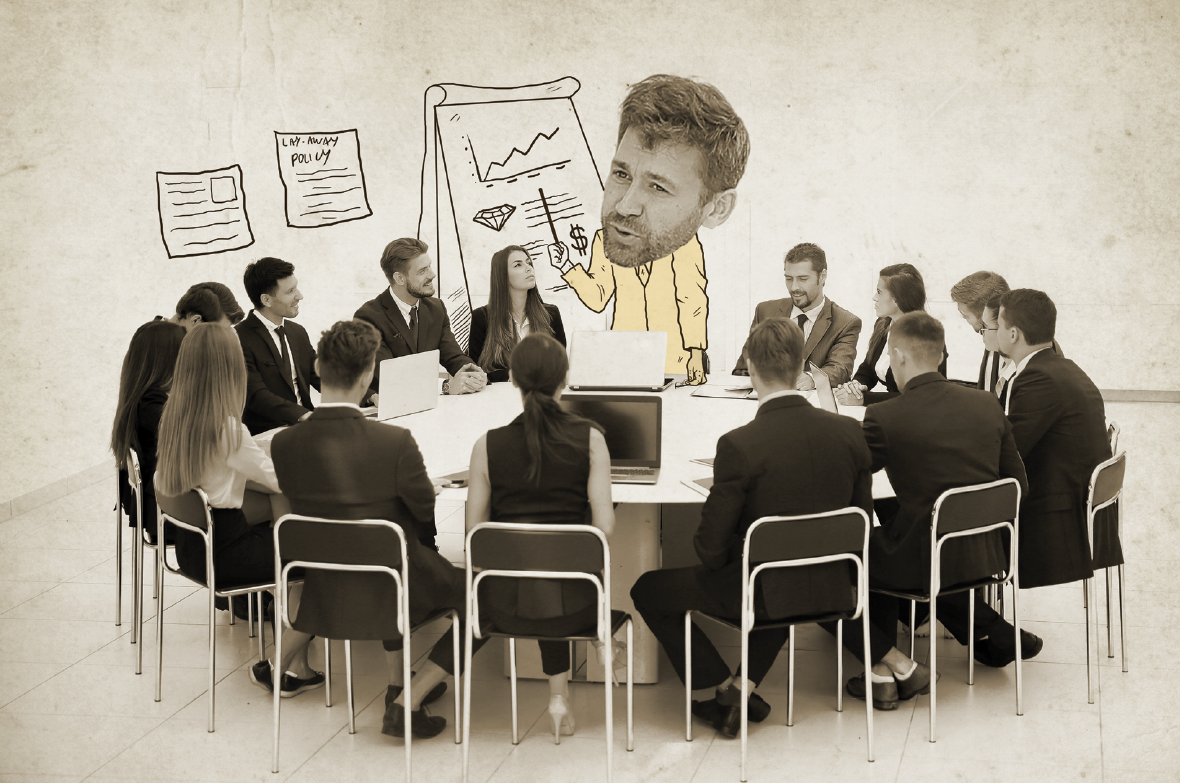 ark and Monika Clodius started Clodius & Co. of Rockford, IL, with an 800-square-foot store and after three years bought an old branch bank building near a busy corner. From 2003 to 2004, they saw annual revenues double from $500,000 to $1 million.

Their first misstep, though, as Monika sees it, was failing to embrace the three-stone ring trend. “People wanted to walk in and just buy it, and Mark wanted to make it. So we had an OK Christmas, but no evidence of the kind of growth we had exhibited prior to that,” she recalls. “That was humbling.”

“If we would not have had that experience,” she says, “we would have still been productive and successful, but I don’t think we would have grown as quickly as we did.”

What helped them traverse the uncharted territory between $1 million and multi-millions in revenue was seeking advice from a wide range of industry experts and studying the JA Cost of Doing Business survey. The survey revealed an unsettling pattern: As stores grew, profits and net income dropped. So a store might be doing twice as much volume as before with less of a net take-away.

“The only way you can do more business is to have more help,” Mark says. “But that help has a cost. Getting from $1 million to $2.5 million, you have to have staff and layers of management and procedural things to handle the volume before you can become more profitable.”

At this point, you’ll be twice as busy and you need to shift your mind-set and concentrate on managing people.

“Now you have all this new staff that you have to train, more people walking through the door, and yet less cash flow. That can be extremely challenging,” Monika says.

Managing people is the most difficult side of the business, she says, “because everyone will have a good reason of why it was OK to bend the rules,” she says. “For us that is still a challenge.”

For example, their lay-away policy requires a deposit, a payment must be made every month, and the jewelry must not be altered in any way until it is fully paid for. But if nine salespeople each make a few exceptions to that rule, there might be 30 clients with layaway accounts that are inexplicably inactive.

So they’ve learned that they can never stop training and reviewing their policies and procedures. “When we have store meetings and we go back to the ultimate basics, people still seem surprised,” Mark says.