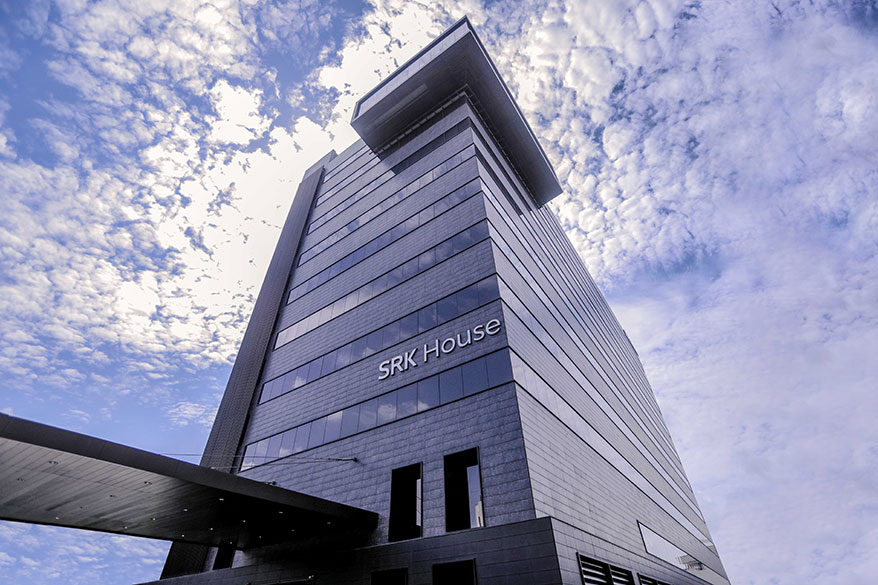 (PRESS RELEASE) The LEED (Leadership in Energy and Environmental Design) rating system, developed by the USGBC, is the foremost certification for commercial buildings, homes and communities that are designed, constructed, and operated for improved environmental and human health performance.

SRK House, the crafting unit of one of the largest diamond companies, Shree Ramkrishna Exports Pvt. Ltd. has been awarded the LEED certification with platinum rating by US Green Building Council (USGBC), which is the highest possible rating for where sustainable and environment-friendly building operations are concerned. With this, ‘SRK House’ now joins ‘SRK Empire’, which is also Platinum-Rated Green Building since 2018, making both the crafting facilities as certified Green buildings.

SRK House, sprawling 2,25,000 sq. ft., which became operational in 2017, is one of the most outstanding diamond crafting units in the Diamond City-Surat, both by means of its amenities and in the sustainability of its design and construction. With seating capacity of over 3000, the sustainability practices like improving energy and water performances on continual basis, promoting healthier workplace for occupants, improving waste management performance and using renewable sources of energy as much as possible were the important considerations, and so the aspects of material reuse, daylight harvesting, facilitation of natural ventilation of spaces, were considered while constructing the same. “We are proud to see our facility recognized with the prestigious LEED certification and are thankful to our respective partners who helped make this possible”, quoted a Family member from SRK.

SRK has undertaken initiatives never before considered by any project pursuing LEED certification in India, like addressing the increasing demand of energy due to growth with the ISO 50002 Energy Audit- a new systematic method for performing energy audit and carried out for first time in India- a benchmark set by SRK; regular CIO2 disinfection for the indoor areas (occupancy areas) are carried out with EPA approved disinfectants; UV lights are installed in AHUs for additional precautions from microbial contamination. From during the certification to till date, its score is only continually improving. This shows its improvement during the operations and occupancy phase. All this makes SRK one of the most sustainably-progressive companies globally.

These initiatives also entail energy efficiency measures like Natural Cooling through AHUs during low temperature (<25C), 0% CFC use in the entire project for the buildings’ cooling requirements, estimation and monitoring the global warming potential on continual basis and reporting through Arc system. Additionally, SRK has also initiated processes for efficient water consumption with the Rainwater Harvesting model.

SRK’s LEED journey started in 2015 with “SRK Empire” getting certified with gold rating. With the aim to achieve the highest certification for both the Crafting units, SRK channelized an integrative process to bring together various departments to understand the value of LEED and collate data on all the metrics tracked in Arc. In 2018 “SRK Empire” became the first manufacturing unit in Asia across the industries to get recognized with the Platinum certification.

“We are happy to serve you Environment- Friendly Diamonds Always!!!”, SRK Family says.

Related Topics: SRK Group
click to Comment(Comment)
Up Next

INSTORE Nabbed Awards, a Keynote Speaker and a Story by One of Jewelry’s Top Writers