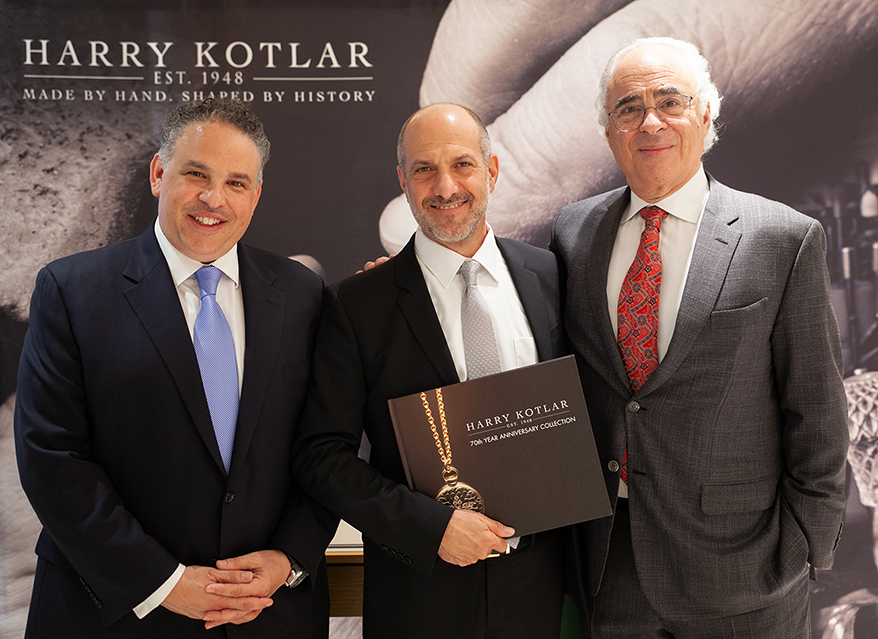 WHEN A RELATIONSHIP between a high-profile independent jewelry retailer and an esteemed brand blossoms, it’s only natural to throw a big party.

When Tiny Jewel Box of Washington D.C. and luxury jewelry brand Harry Kotlar first partnered about 10 years ago, they started with a small selection of merchandise. Last November, Tiny Jewel Box debuted the first Harry Kotlar in-store boutique on the East Coast, which includes a full collection of rings, earrings, bracelets and pendants, all handmade and hand-forged.

The Next Big Thing in Digital Marketing

The ensuing celebration also marked the 70th anniversary of Harry Kotlar. “The opening of the Harry Kotlar boutique inside Tiny Jewel Box represents a confluence of those two histories. It’s also tangible proof of our shared commitment to excellence and luxury,” says David Wiener, Harry Kotlar’s president and head designer.

The focus was on the anniversary collection of seven curated jewelry masterpieces. Each piece references popular design hallmarks that are nonetheless timeless. “We picked out seven pieces — some vintage, some re-created, representing seven decades of our brand’s existence,” says Czarah Cabrera, Harry Kotlar’s brand director.

Each piece was featured within the pages of a coffee table book as well as in a short film, which also made their debut at the boutique opening. The book and two-minute film gave the audience a first-hand look into the evolution of Harry Kotlar’s design philosophy and dedication to the craft.

Cabrera says curating the seven pieces to be included was no easy feat. “As far as research goes, I was banging my head, looking at all of our mood boards and vision boards of every decade, including the mod ‘60s, psychedelic ‘70s and punk-style ‘80s, but we couldn’t be too literal because Harry Kotlar is more on the classic and sophisticated side.” She tied together the themes by using models wearing the little black dress, which changes in structure but is always classic and sophisticated. The staff wore little black dresses as well for the event, and influencers in jewelry, fashion and style in DC and New York were also invited to wear the LBD.

Rosenheim says great relationships between special brands and retail jewelers are built on clear communication, defining and aligning goals and expectations, collaborating on which merchandise will sell best in the specific market, and providing education and training on the brand and products so that the sales team can be passionate brand ambassadors and storytellers. Events support the sales team in their efforts to forge great personal relationships with their customers as well.

Cabrera says an event like this is all about experience and theatrics. And it does drive sales. Some guests bought pieces or put in special orders. “We also were able to prime our customers with gift ideas for the upcoming holidays,” Rosenheim says. “We had a great turnout of our top customers and media partners. The event had a positive and energetic vibe.”

Tiny Jewel Box must walk a fine line between having too many and two few events as part of its marketing program, Rosenheim says. “In Washington DC, just like in other major metropolitan areas, people are time-deprived,” Rosenheim says. “Fortunately, our customers are loyal and they love coming to our events because they know it will be something special.”

Related Topics: jewelry stores in Washington
click to Comment(Comment)
Up Next