FOUR IN 10 independent jewelry stores in America are now run by women according to the 2018 Big Survey. However, for the most part, it is the men who continue to be the highest earners, with 80 percent of the jewelers making $150,000 or more a year being male.

A part of this discrepancy can be explained by the fact that many of the women owners and managers are relatively new to the industry and their stores have yet to reach the scale that rewards their owners so handsomely. In 2009, the first time we specifically asked about gender, the split between male and female owners was 65/35.

Having said that, the women jewelers in our survey are doing well. Forty-three percent of the jewelers who said they’d had their best year ever since 2016 were women, suggesting they are outperforming their male counterparts.

As the Store Owner, What Did You Earn (Salary + Share of Profit) Last Year? 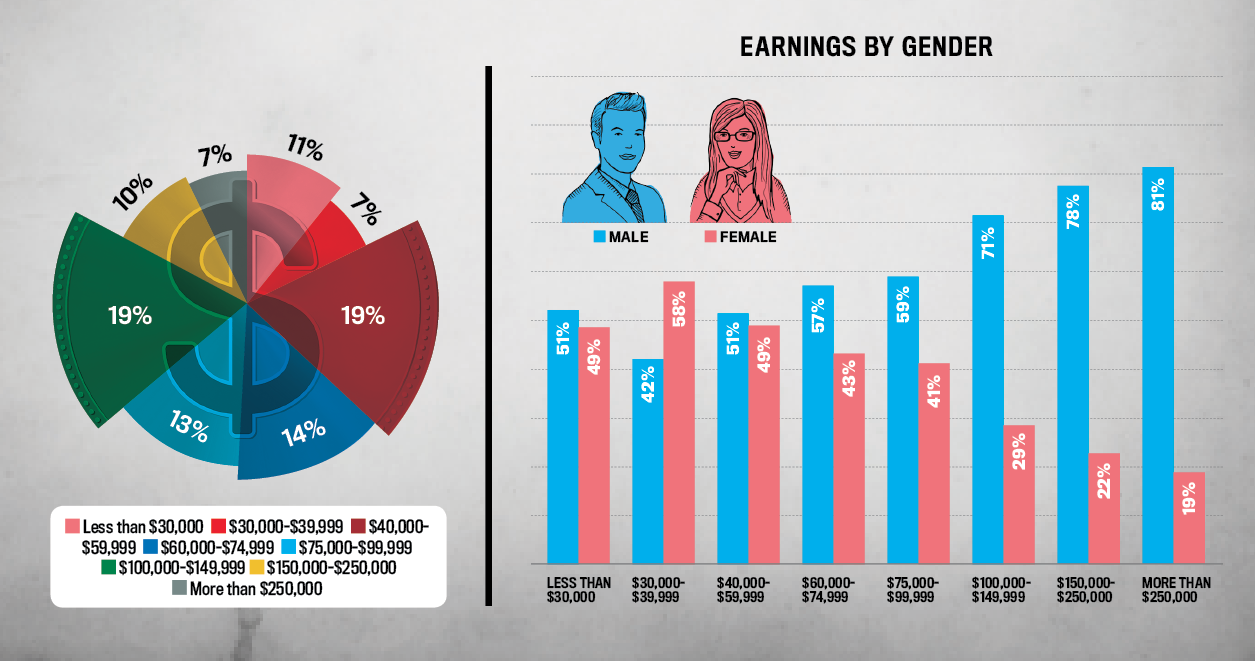 What Is It Your Gender?

COMMENT: The number of women owners or managers has been steadily rising since we started doing these surveys more than a decade ago. The first time we specifically asked about gender, in 2009, the split was 65/35. For the record, 43% of the thriving jewelers were women, suggesting they are outperforming their male counterparts. That said, it should be noted that male-owned stores overall tend to be older and thus the owners are often comparing those last two years against a historical record that goes back decades.

Advertisement
Related Topics: Big SurveyFeaturedmanagement
click to Comment(Comment)
Up Next

Jewelers See Less than 30% Chance of a Recession Next Year

Manmade Diamond Legal Quiz: Can You Do Better Than the Jewelers in the 2018 Big Survey?

Jewelers Sound Off On The 2021 Holiday Selling Season

Data Sharing Between Suppliers and Retailers Is Transforming the Jewelry Industry