Question: What proportion of profit does gold buying currently account for? 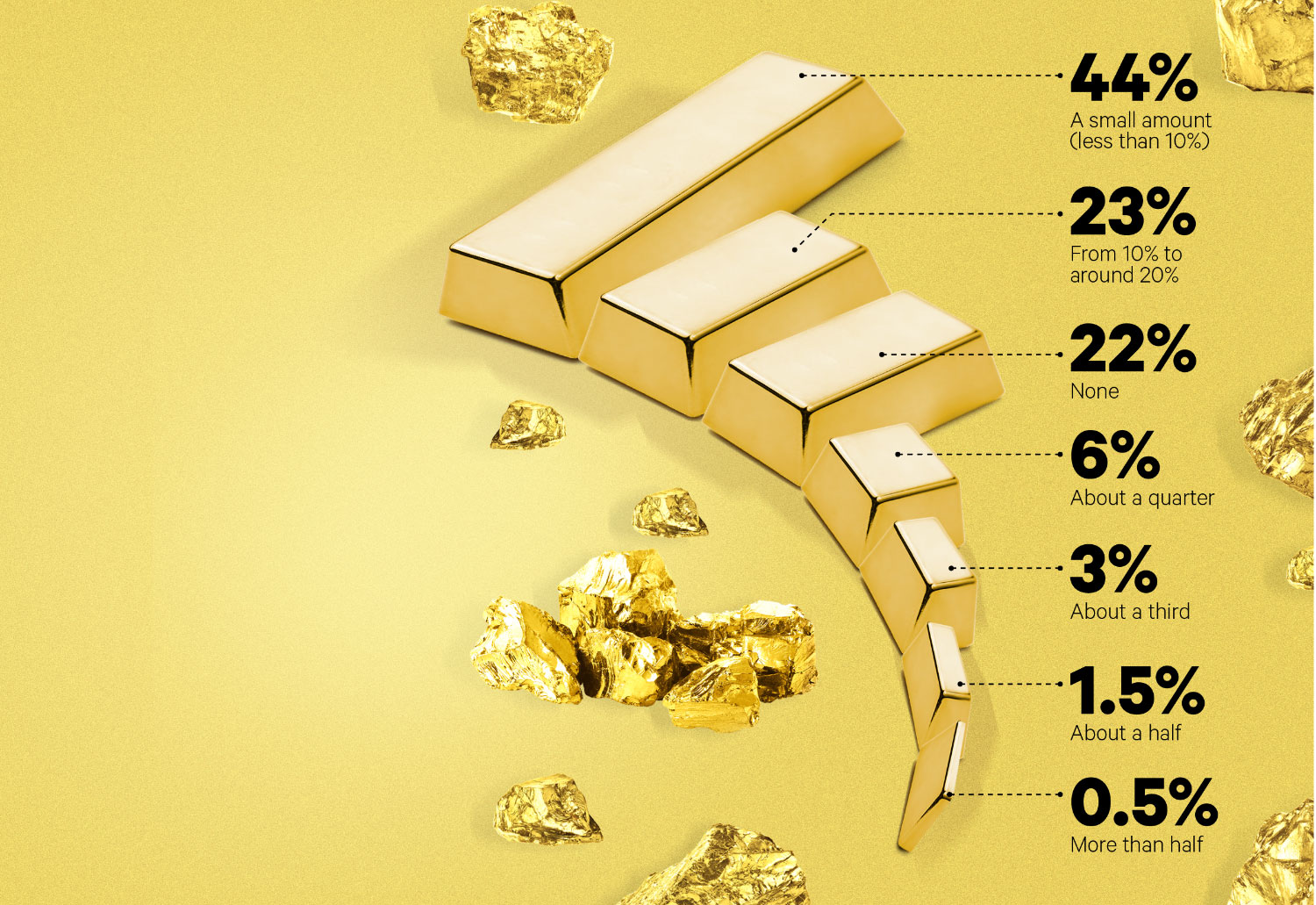 THE SURGE IN gold prices this year has brought windfall profits for some jewelers, caused sticker shock at others and made inventory replacement a scary decision for just about everyone. But it has also allowed a significant number of jewelers to keep their doors open.

This comment from an Oklahoma jeweler was typical: “Not only have people wanted to sell, I decided to scrap about $40K worth (at wholesale) of old semi-mountings, and the cash infusion helped us make payroll twice after the PPP funding ran out.”

In all, 30 percent of jewelers told the 2020 INSTORE Big Survey that they had boosted their gold buying off the street this year, while 48 percent said it hadn’t increased significantly (the remaining 22 percent don’t trade gold). From a little over $1500 an ounce at the start of January, the price of gold spiked to more than $2,000 an ounce in August.

Gold trading typically picks up when the economy turns down, as investors pile into the yellow metal, boosting the price, and consumers look to raise cash. Back in 2009, in the middle of the Great Recession, 45 percent of jewelers told us that close to a half or more of their profit was coming from gold trading. That compares to just 2 percent in 2020, suggesting jewelers are in much better shape now compared to the last downturn. Still, if you haven’t aggressively gathered your floor sweeps yet, you probably should. In these times of uncertainty, you don’t want to be leaving cash under the carpet.

For all the results of the 2020 Big Survey, keep an eye out for the November issue of INSTORE. It should be landing on your doorstep around the end of October.