121-year-old store plunges into the future with a model geared to millennials.

ERIC FEHR DIDN’T plan to become the fourth generation to work at his family’s jewelry store, The Richter & Phillips Co. in Cincinnati. He went to law school, joined a firm after graduation and began working with small businesses.

“I found myself helping clients with the same issues my dad was grumbling about,” he recalls, “and realized I should be helping our store instead.”

“Our family name is on the line with every customer,” the 33-year-old son of Rick says. “The care we take because of that is much greater. We own everything we do, and it’s such a cool thing.”

The shared sense of pride, along with a savvy blend of antiquity and modernity, has led to much success for The Richter & Phillips Co. over its many decades in existence.

Edward Richter and three Phillips brothers opened the store more than 120 years ago. It sold jewelry in a downtown showroom and via traveling salesmen, and customers could order a variety of other items from catalogs.

The Great Depression forced the business into bankruptcy in 1930. Frederick W. Fehr, who sold diamonds for a competitor, bought it. In 1946, after serving in the U.S. Navy, Frederick W. Fehr Jr. joined his father full-time at work.

Over the following years, father and son grew The Richter & Phillips Co. by adapting to changing customer wants and needs, including ending catalog sales, and by treating customers like members of their extended family. Fred Sr. retired in 1972. His grandsons Rick and Art became GIA graduate gemologists in the ‘80s and ‘90s, respectively, and joined the store’s staff. Eric made his career switch two years ago and also has a GIA graduate gemologist degree.

A Big Move, But Not Far

The Richter & Phillips Co. has always been  in downtown Cincinnati, but a 2016 move to a new location has allowed the store to reach its full potential.

“We had been operating on a much larger scale than our size,” Eric says of the previous location’s 1,650 square-foot showroom. “Customers described it as Fred Fehr’s living room. People were on top of each other almost, but they really liked it.”

When the opportunity came up to purchase a 15,000-square-foot, three-story 1920s building across the intersection on Main Street, the family took it. They hired iCON Architecture + Fabrication, the firm that designed the store’s Rolex area, with direction to modernize The Richter & Phillips Co. but also keep its welcoming atmosphere.

The result is a fully renovated first floor featuring a 4,500-square-foot showroom with a 400-square-foot Rolex shop-in-shop. Rich, dark wood anchors glass-topped cases that rest on a mix of polished tile and elegant carpet. Light from chandeliers is scattered throughout warm painted and brick walls, the latter original to the building.

“It’s modern classic, keeping style with how conservative Cincinnati is,” Eric explains. “But it doesn’t feel intimidating. That was our biggest concern, that people would think a new location means higher prices. We wanted to impress, but not overwhelm. Customers walk in and see the same staff they have for years.”

And that often includes Fred Jr. At 84, he doesn’t work full-time anymore, but he does make for three generations of Fehrs in the store during his regular visits. Combined, the store staff has more than 350 years of experience in the jewelry business.

Engagement rings make up 60 percent of sales at The Richter & Phillips Co. To reach millennials, the store has again adapted with the times. Eric touts digital marketing methods as a way to reach them, but also stresses the importance of letting that generation create their own rings.

“Millennials don’t care about designer names. They will show me rings from Pinterest and Instagram, or point out rings they like in the store, and tell me what they like from each one,” he explains. “Then we create a custom piece for them.”

Eric says his ultimate goal is to speed up design and show customers the process.

“I’d love to have CAD designers on the floor,” he says. “Millennials like to see how things are made, the art behind it all. Like with craft brews, they like to see how the beer is made. If we can show them how we create a ring, they will understand and appreciate all that goes into it. As opposed to showing them a ring and telling them to buy it, and them thinking the price isn’t justified.” 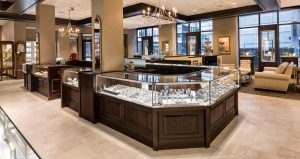 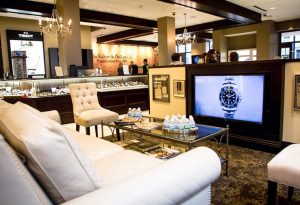 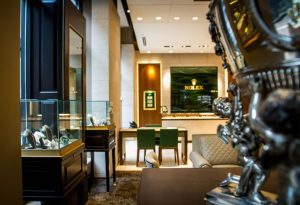 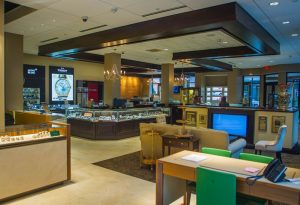 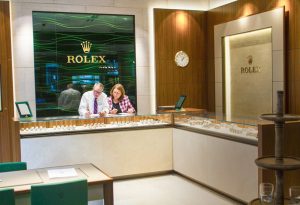 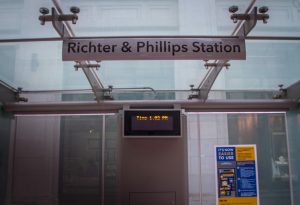 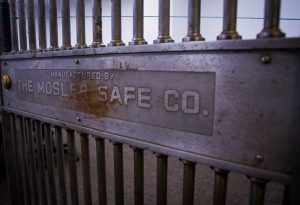 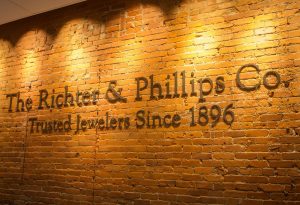 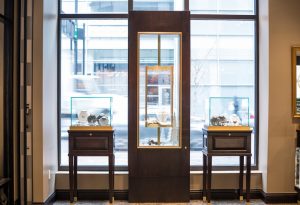 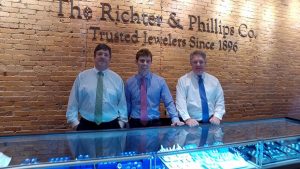 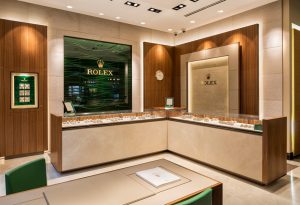 LOCK IT UP. Before it became a jewelry store, the building housed a series of nightclubs and a bank. The Fehrs didn’t know this until they toured the building and saw a fully operational, walk-in vault in the basement. They plan to use it as an event space in the future, but for now it’s a conference room.

GO REDS! The Richter & Phillips Co. is a corporate sponsor and the official jeweler of the Cincinnati Reds. Team announcer Marty Brennaman’s wife, Amanda, custom designed a white gold, ruby and diamond pendant she wore to every game and event for an entire season, and then it was raffled off at the last game to raise money for the Cincinnati Reds Community Fund.

ROLEX CERTIFIED. The Richter & Phillips Co. has the only certified Rolex watchmaker in the Cincinnati area. Matthew Schloemer is also a graduate of The Lititz Watch Technicum and has CW21 certification from The American Watchmakers-Clockmakers Institute, among other credentials.

PREMIUM SERVICE. Customers who buy an engagement ring at the store get 12 months of insurance premiums for free. The policy covers damage or loss of the diamond as well as theft or loss of the entire ring, up to $10,000, for the first year.

Try This: Give Thanks

Send personalized thank-you notes to customers for their continued support and business, and include gift certificates for ice cream cones. “It’s simple, but our customers really seem to like this,” Eric says.

True Tale: The Scariest Moment in the History of the Business

When The Richter & Phillips Co. moved across the intersection in 2016, employees carried and pushed inventory over as four police officers, one on each corner, stood guard. The only hitch was when movers got the store’s safe stuck on a streetcar line. “The safe had 99 percent of our loose goods inside. I had to hide my dad’s eyes until they got it moving again,” Eric recalls with a laugh.

A Pennsylvania Mom and Pop Who Do It All

The Next Big Thing in Digital Marketing