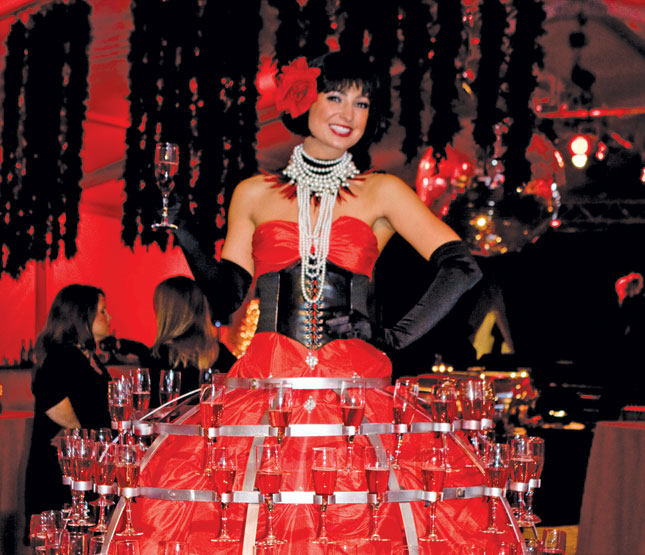 Outside The Box: Kick Up Your Heels Party

Published in the May 2013 issue

Since 1919, Reis-Nichols has been a well-known jewelry name in Indianapolis, but more recently, the store has become famous for its groundbreaking holiday parties and events. The “Kick Up Your Heels” theme drew a record crowd by featuring burlesque dancers flown in from Las Vegas, a drink server whose “dress” carried the wine glasses, and a special appearance by Penny Preville. 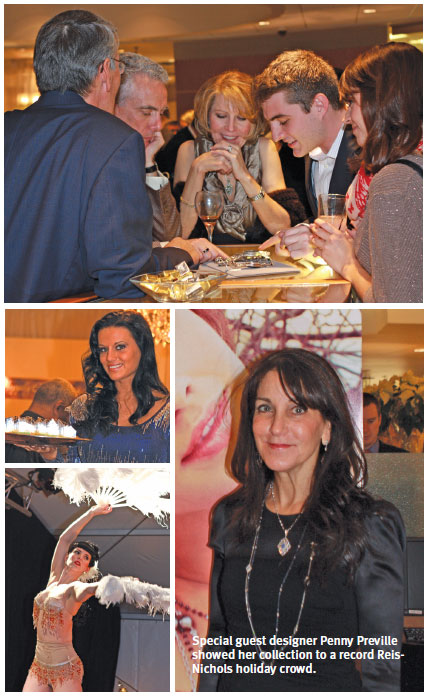 How successful was the event?
Honestly, our goal for this annual holiday event is to thank and entertain our top clients. We measure our success by how much fun people have and the buzz it creates in the community. It takes a lot of guts for an owner to commit $50,000-plus to throw a party where the ultimate goal is to just show ’em a great time, but we’ve never failed to see the return on investment yet.

Who is invited?
The We typically invite our clients with the highest spends in the past three years. It is so much fun that if a customer happens to fall off the list one year, we usually get a call from them wondering where their invitation is.

What did having Penny Preville at the event add to the experience?
Penny’s line was new to our store just a few weeks before the party, so we invited her to attend. Honestly, there was such a big crowd and so much food, drink and entertainment that it was hard to make her stand out there, so six months later, we held a private special event off-site in a vintage tea room space. She is terrific with clients one-on-one, and when you present her jewelry collection in a venue that reflects her persona, it really resonates.

Why was the concept of the burlesque used?
We pushed the envelope with that party and — I’m not gonna lie — we offended a few. It was risky, but people are drawn to sexiness, whether they admit it. We hired a professional burlesque dance team and they tamed things down for us. All in all, customers enjoyed it, even if it made them blush … I didn’t see anyone offended enough to leave! We certainly had everyone’s attention!

Were incentives were offered to attend?
There are no incentives to attend; in fact, our invitations read more like teasers — date, time and entertainment featured. We tend to cut our invite list back a bit each year and require guests to RSVP to avoid overcrowding. We do offer some tiered discounts on the night of the event, but they are never announced ahead of time and have lots of exclusions since we carry so many designers that prohibit discounting.

Related Topics: Best of the Bestjewelry stores in Indiana
click to Comment(Comment)

18 Ways To Boost Holiday Sales Without Meeting Clients In Person