The Retail Industry Leaders Association is seeking mandatory masking in every state to combat the COVID-19 pandemic.

The group’s president, Brian Dodge, sent a letter to two leaders of the National Governor’s Association: Chair Lawrence J. Hogan Jr., governor of Maryland, and Vice Chair Andrew M. Cuomo, governor of New York. Dodge wrote that a “patchwork of local mandates” for retailers “made it incredibly difficult to focus on implementing the right safety protocols.” 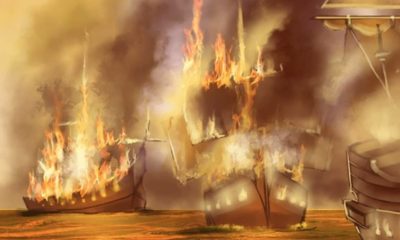 “While well-intended at the time, conflicts stemming from local law enforcement agencies applying their own interpretations of conflicting state and local mandates forced retailers to shift valuable time and resources away from store operations,” according to the letter. “We strongly urge governors to continue issuing concise, statewide orders that create clarity for all businesses, local governments and law enforcement. Conflicting orders and guidelines from counties and municipalities create confusion for employees and customers, and ultimately leads to conflict.”

He said the positive effect of combining social distancing with masking “is now abundantly clear” and “should no longer be up for debate.” Nonetheless, retailers “are alarmed with the instances of hostility and violence front-line employees are experiencing by a vocal minority of customers who are under the misguided impression that wearing a mask is a violation of their civil liberties.”

Dodge stated: “We urge every governor to require customers who are not encumbered by a medical condition to wear masks when shopping or in public spaces.”

“Given the troubling incidents we have all seen on social media involving aggressive customers refusing to wear a mask, we strongly recommend that store employees not be charged with primary enforcement of mask mandates and that retailers not be fined for a customer’s non-compliance,” he wrote. “Retailers are using extensive signage at entrances and throughout the store to enforce safety policies, and we recommend this be the role of retailers and their employees – to clearly communicate policy, but not physically confront customers.”

The trade association’s membership includes major retailers such as Walmart, Target and Home Depot, as well as Signet and Pandora.

In a recent INSTORE COVID-19 Impact Survey, 48 percent of jewelers said they require masks in their stores, while 52 percent said they do not.

Related Topics: COVID-19Latest News Topretail
click to Comment(Comment)
Up Next