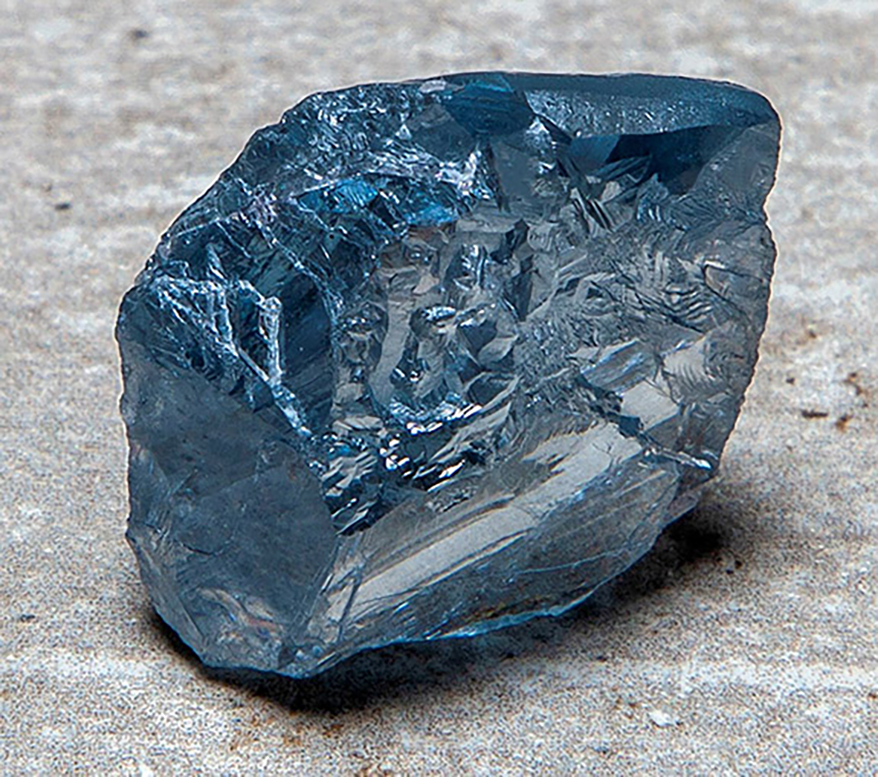 CLASSIFIED AS “EXCEPTIONAL” for both its color and clarity, a 39.34-carat blue diamond recently recovered at the celebrated Cullinan mine in South Africa is likely to yield upwards of $1 million per carat when it is sold by Petra Diamonds via special tender on July 12.

What happens to the rough stone after it is transformed into a polished diamond could be historic. Here’s why…

Back in January of 2014, a blue 29.6-carat rough from the same mine was purchased by luxury jeweler Cora International for $25.6 million. Cora transformed the large rough gem into a 12.03-carat internally flawless cushion-cut blue masterpiece that would be named The Blue Moon of Josephine.

That polished stone rated “fancy vivid” blue in color and “internally flawless” in clarity. It was eventually sold at a 2015 Sotheby’s auction for $48.5 million, or more than $4 million per carat — the world record price per carat ever paid for a diamond.

The Blue Moon of Josephine lost about 59% of its mass during the cutting process. If the same holds true for Petra’s 39.34-carat blue diamond, the result would be a head-turning, 16-plus-carat gem. At $4 million per carat, the polished stone would be worth $64 million.

Petra will be showcasing the Type IIb rough stone in Antwerp, Dubai, Hong Kong and New York from mid-June to early July. Bidding will close on Monday, July 12.

Located at the foothills of the Magaliesberg mountain range, 37 kilometers northeast of Pretoria in South Africa, the Cullinan Mine is arguably the world’s most heralded diamond mine.

Not only is the Cullinan Mine still producing world-class white diamonds, it is also the world’s most important source of blue diamonds.

Diamonds get their natural blue color from small amounts of the chemical element boron trapped in the crystal carbon structure during its formation.

Scientists believe blue diamonds are amongst the deepest-formed diamonds ever found, created at depths in excess of 500km (310 miles) below the Earth’s surface.

Get Personal with Clienteling