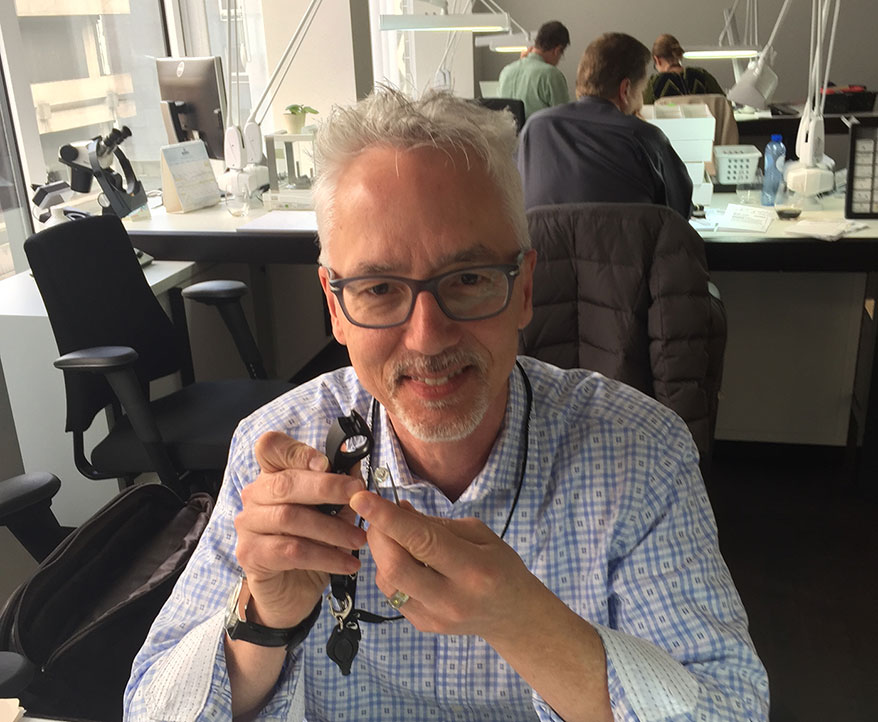 Lock ‘em Up and Throw Away the Key Fakier Jewelers, Houma, LA

When Greg Fakier and his family designed their elegant new destination store in Houma, LA, (an honorable mention winner in the 2018 America’s Coolest Stores contest), one thing that appealed to them about the central downtown location was that it looked out over a Louisiana bayou. The location inspired the Fakiers to build a pergola overlooking the water, which is a romantic location for engagements and associated champagne toasts. They also built a gate to which couples could attach engraved locks to commemorate their love. After attaching the locks, couples hurl their keys into the water as part of the sentimental ritual. Since the store opened, Fakier has also invited couples who shopped for their rings in the past to participate. Everyone who attended the grand opening joined in the fun, too. The practice is inspired by the European custom of attaching “love locks” to public objects, most often bridges, fences and gates. The store’s design has a European flair, as well.

During the store’s grand opening, Greg and Manon Fakier invited everyone to try out the pergola.

Mark Michael travels to Antwerp, Belgium twice a year with the IJO buying group. While there, he personally selects diamonds for clients who ask him to find the perfect centerpiece for their engagement ring or new jewelry design. Two years ago, he decided to make the experience even more intimate by taking photos of the diamond buying process for each client. The team then creates a 20-page personalized hard cover book featuring the story of their diamond and presents it as a gift to the couple with their diamond once it is set. The personalized approach adds an extra layer of customization to the diamond-buying experience, which customers have appreciated. With 83 Google reviews and a five-star rating, they’re doing something right!

Mark Michaels chooses diamonds for his customers during an IJO buying trip to Antwerp.

Caleesi Designs is known for its can-do spirit and customization. Usually, customers bring in heirloom diamonds to incorporate into engagement rings. But sometimes, custom requests can be more challenging. Owner Stephan Werbeck recently was asked to incorporate into an engagement ring a quarter that had been flattened by a train. The couple had tossed a quarter onto the train tracks during their first date and retrieved it after it was smashed. That coin then acquired symbolic, sentimental significance. The customer is a machinist, who made the ring out of steel. Werbeck was then able to inlay the edges of the quarter into the ring shank. Because the resulting effect was coppery, he used a rose-gold bezel to complement the quarter. He also sold them a diamond for the center. “It turned out to be stunning and it meant a lot to them,” Werbeck says. “I didn’t know what to expect, but they were beyond happy that it all came together the way it did.”

Stephen Werbeck inlaid the edge of a smashed quarter into an engagement ring at his customer’s request.