Question: What’s the largest number of engagement rings you’ve sold to one man (or woman) over the lifetime of a client relationship? 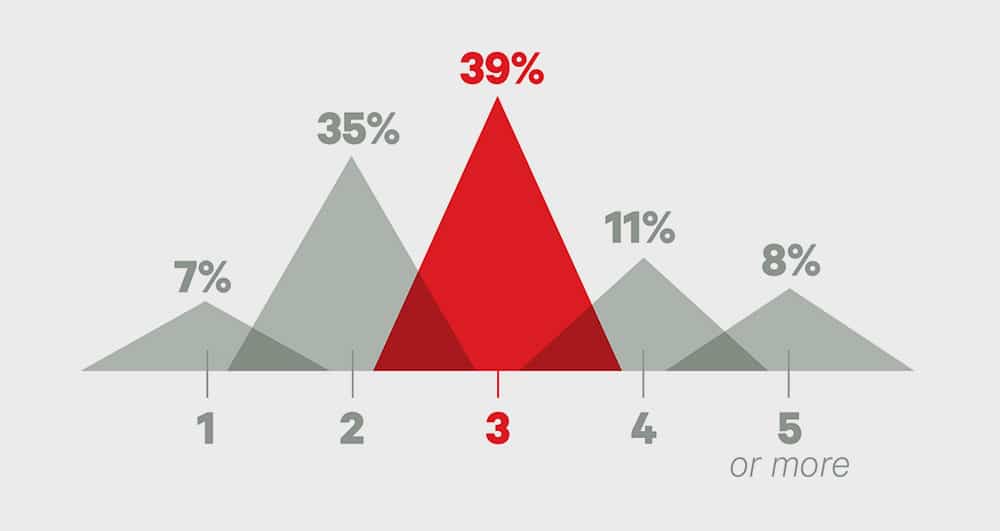 WE ASKED RESPONDENTS to our annual Big Survey how many engagement rings they’d sold to a single shopper.

When jewelers talk about loyalty and establishing relationships with customers, usually they mean selling a couple an engagement ring and following up with a lifetime of special occasion purchases. But, sometimes, these client relationships, while still potentially lucrative, take an unconventional turn when customers are unlucky in love.

Said one respondent, who sold three engagement rings to the same guy: “At least he was loyal to me, if not to his wives.” Said another, “We sold seven to one guy, he was married seven times; we call him a very good customer!”

The record, according to this survey, was 13 rings sold to a customer described as a Casanova, who is now, sadly, deceased.

It helps if each new fiancé wants a bigger diamond than the last. But the worst repeat customers are the ones who keep wanting to rework the same ring and make it “new” for the unsuspecting fiancé to be, or the ones who want to put in a CZ and present it as a diamond.

One jeweler sold three rings to one customer who jumped the gun every time: “The man would come buy a new one once he started a new relationship. He was the kind of man who clung to a woman better than cling wrap does to bowls. He would buy it way too soon, ask way too soon and get dumped. Move on to the next woman and do the same thing.”

Sometimes, the business of multiple engagement rings demands a special skill set from the jeweler: “After the fourth marriage, he said he would never do it again,” a respondent said. “He wanted his wedding band sized to fit his middle toe. I had to get on my knees to size his toe. He’s now happily married to No. 5.”

Another important skill is making each reappearance of the serial engagement ring purchaser as special as the very first. “There is no such thing as a used diamond,” says one jeweler. “We have a great guy that makes bad choices. We trade in his ring every three years or so for a new one. We act like he is a new customer every time he brings his new gal in and he looks like a king with the big rock he gets!!

One jeweler has sold five engagement rings to a high school friend. “I told him that I will not sell him another but would just lease it.”

But at least one jeweler found love, along with commerce, in the process of selling multiple rings: “Twenty-five years ago, Lisa found my shop and had me make her first engagement ring, as she was to marry her high school sweetheart. That didn’t last long and some years later she was back to design another ring with me. Eight years ago, she had to pay a lawyer for the second divorce and turned to me with the ring I’d made. I was quite proud of that piece and knew who would write a check on the spot. I let Lisa know that I’d experienced a divorce only a few years ago and would be happy to share what I’d learned. Two years later I made her third engagement ring and now we are sharing a home. I love you, Lisa!!

For more of our insights into North American jewelers, look out for a special 2020 Big Survey edition, which should land on our subscribers’ doorsteps at the beginning of November.

These Are the Issues That Matter Most for Jewelers