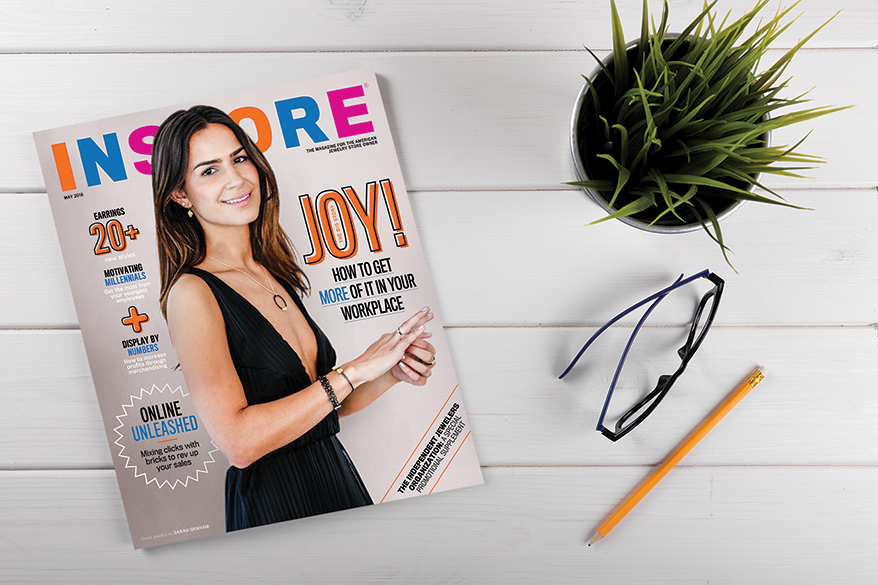 I am insanely jealous of anyone working in this industry who still enjoys their work. After 40 years, I no longer do. We have made many friendships and been a part of countless milestones and celebrations, but as B.B. King used to say, “The thrill is gone.” Eroding margins, suppliers playing both sides of the fence and the countless emails with photos from cyberspace to somehow make magically appear for less money than Pinterest along with stupidly exorbitant insurance rates and operating expenses along with countless divorces and buy-backs are taking their toll. Hey, I am old, and unlike most people, kind of glad for it. Love your magazine. Good luck. Eric Ohanian, Leon Ohanian & Sons, Boston, MA

We, as an industry, must realize sooner than later that our words mean things, and resonate around the world. We must be responsible. David Mazer, Marks Jewelers, Montgomeryville, PA

I Miss the Shows

I miss the camaraderie of the old trade shows. Seeing folks from around the state was a touchstone for how our communities and our customers were doing. It also gave me juice to love this industry. I have thousands of customers, but after a long winter and a couple of nasty people, you start asking, “Why do I do this every day?” The smaller shows gave you a chance to get invigorated when you were feeling down. The huge national and even regional shows are not the same. Just another area of my life diminished by the amazing tool called the Internet. Jo Goralski, The Jewelry Mechanic, Oconomowoc, WI

Some Shows Need to Go

With the trade show “season” coming, it seems that as more shows move around or add areas to their floor plan, it only adds to confusion for buyers. It is hard to recognize where your best fit is and only causes frustration. It seems to me that consolidation is in order. Alex Weil, Martin’s Jewelry, Manhattan Beach, CA

Music for the Soul

Lately I have been listening to Vivaldi’s Four Seasons, especially when I have to concentrate on planning and setting stones. Carmina Burana and Scooter are for later in the day. Wishing everybody at INSTORE a wonderful spring! Mark Rozanski, Goldart Jewellery Studio, Ottawa, Ontario

This article originally appeared in the June 2018 edition of INSTORE.

Advertisement
Related Topics: InboxINSTORE June '18
click to Comment(Comment)
Up Next

A Positive Take on Vegas, Questions, Concerns and More of Your Letters from July

Is Online the Enemy? Readers Respond