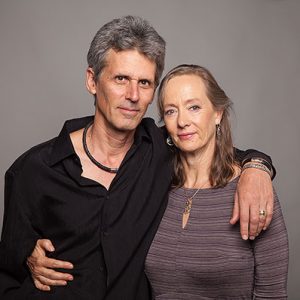 Marc Choyt and Helen Chantler work to ensure their business aligns with their environmental and ethical beliefs.

MARC CHOYT AND HIS wife, Helen Chantler, of Santa Fe, NM, have been focused on green initiatives for decades, in all aspects of life.

“We bought land in northern New Mexico in the ‘90s, and there was a creek bed there that was badly eroded from over-grazing to the point that there were cliffs instead of gentle banks,” Choyt says. “We began to realize the impact we have locally and globally. That is a core value for us.”

Their business, Reflective Jewelry, a custom and designer jewelry studio, has been named Green Business of the Year by the city of Santa Fe and Santa Fe’s Chamber of Commerce. “This is a great honor, especially given the industry we’re in and the fact that Santa Fe is a green business city,” Choyt says.

Reflective Jewelry is the only Fairtrade Gold jeweler in the United States, a certification they received in 2015.

“Though there are over 250 Fairtrade Gold jewelers in the UK, we are still the only Fairtrade Gold jewelers in the entire USA,” says Choyt. “We produce our entire two-tone line and much of our bridal collection in Fairtrade Gold. This supports local economies, alleviates poverty and reduces global mercury contamination for small-scale gold producers. Because it’s an international brand and is the only system that audits suppliers and jewelers, it is the best option to create a foundation for responsible jewelry.”

Fairtrade Gold was only one reason, though, that the city of Santa Fe recognized Reflective Jewelry. The shop uses LED lighting, washable cloth towels, biodegradable bags for shipping, organic dish soap and non-toxic floor cleaners. Jewelers use citric acid for pickling, fluoride-free flux, a soap-based solution for tumbling, sink traps for catching heavy metals, and vacuums that capture dust and compounds—all of which are recycled. Their landscape garden, once a concrete foundation, now has mature apricot and cherry trees and native plants fed by water channeled off their roof.

Chantler, an experienced bench jeweler, launched her jewelry design business in 1994, while Choyt led the sales effort, initially concentrating on distributing jewelry to 250 stores and catalogs.

By 2001, they refocused on online sales and their own retail store. Today, six people work in the shop and the store.

Along the way, they began using recycled metals in production, which was a logical place to start, Choyt explains, but doesn’t address the big picture. “Basically, gold is going to be mined, and that’s independent of how much is used by jewelers. If we’re going to really make an impact, we have to support small-scale mining communities.”

When Choyt explains to customers that the Fairtrade Gold designation is the same well-known global brand used for Fairtrade coffee and chocolate, they are “astonished that I’m the only one operating this way, out of a small shop in Santa Fe,” he says.

So while Choyt can point to numerous 5-star Google reviews and show clients the studio where the jewelry is made, he can also ensure ethical, fair-trade sourcing from mine to market, adding another level of authority and credibility.

“Certainly one of the most important elements of any jeweler is reputation. Fairtrade Gold is just another thing that makes people feel really good about buying from us,” he says.

When the U.S. consumer market adopts Fairtrade Gold, he says, hundreds of thousands (or possibly millions) of small-scale miners finally will find their lives improved.

“When this happens, we’ll be able to point to our small studio on Baca Street as one of the catalysts.” 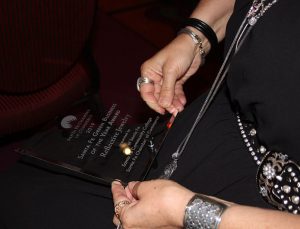 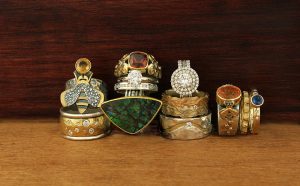 Related Topics: Featuredjewelry stores in New Mexico
click to Comment(Comment)
Up Next

Ania Haie and Aurelie Gi Featured on the Bachelorette

Will Zendaya Spin a Trend as She Attends the Spider-Man Premieres?

Lorraine Schwartz to Receive the 2022 GEM Award for Jewelry Style

9 Display Tips That Will Bring In More Holiday Sales